Richard Savoy founded Green Apple Books in 1967. He was 25 years old, had done a tour in the Army and worked as a radio technician for United Airlines, but he had little business experience. With a deep love of the written word, some savings, and a credit union loan, he got a lease in a pre-1906 Richmond district building near the corner of Clement Street and Sixth Avenue, next door to a shoe repair business. His stock of used books, comics, and National Geographic magazines attracted a following in the neighborhood, one that has continued to grow for more than 54 years. Today, the shop has grown to be much larger than its original 750 square feet and is perennially voted the best bookstore in the Bay Area.  Over the years, as space became available, the store expanded, gradually doubling its width, adding a mezzanine and a second floor, and increasing the inventory of new books. In 1996, two storefronts became available a few doors down the street and Green Apple acquired Revolver Records, its neighbor for twenty years, thus adding new and used music to the mix. The store’s selling space went from 5,000 to 8,000 square feet, allowing the book selection to expand. Alas, sales of CDs, magazines, DVDs declined, and the annex closed in 2021.

The balance between new and used books has been fluid throughout the store’s history; Green Apple strives to adjust to an ever-changing marketplace by varying its product mix, section sizes, etc. without ever losing focus on what makes it a great bookstore: an excellent selection of quality books in all subject areas. Despite all the other fun stuff--LPs, magazines, journals, cards, gifts, etc--over 85% of the store's sales are books.

Our friends at Open SF History wrote up this fascinating history of the building that houses Green Apple at 506 Clement Street.  The store’s interior hasn’t changed much over time. The gas light fixtures are still visible on the second floor. The stairs still creak and the dust fights back against weekly cleanings. The store’s exterior got a face lift in 2013, with a paint job, a new awning and a new storefront mural. The biggest change to Green Apple is largely invisible. After years of hunting for a successor, Mr. Savoy assembled a team of three long-time employees to buy the business. Their gradual buy-out, which started in 1999, is a model of succession planning—it enabled Mr. Savoy to monitor the store’s success and allowed the new owners plenty of time to learn from their mentor. It also spread the cost of buying the store and its huge inventory over ten years. The "new" owners, Kevin Hunsanger, Kevin Ryan, and Pete Mulvihill, absorbed all they could from Mr. Savoy to keep the store successful. In 2018, Kevin Hunsanger sold his shares to pursue other interests. 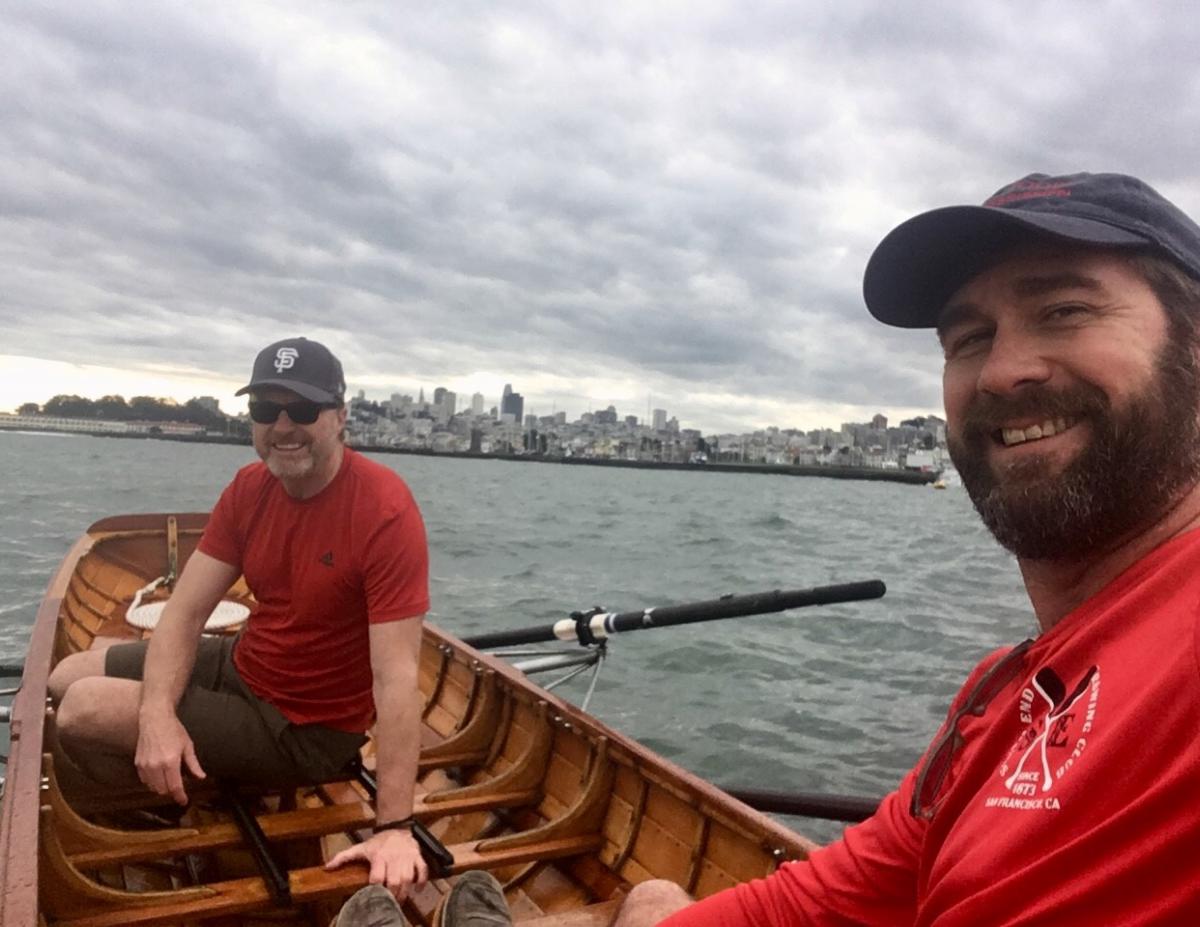