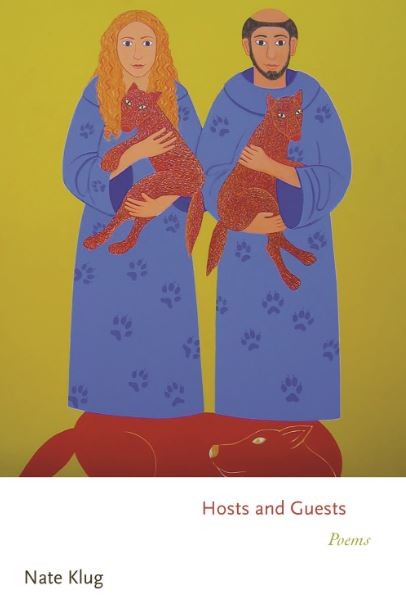 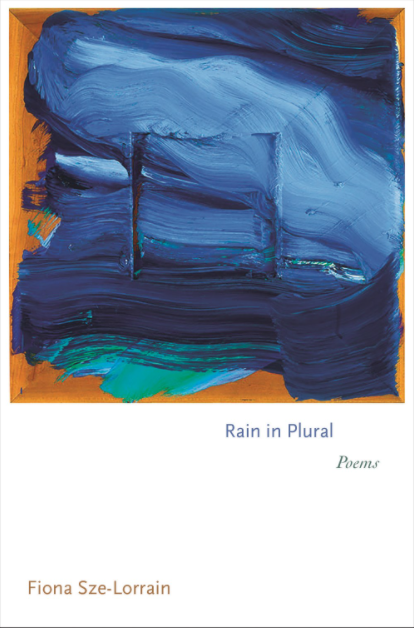 Join us on Thursday, November 5 at 5pm PST when Nate Klug and Fiona Sze-Lorrain read from their new collections, Hosts and Guests and Rain in Plural, on Zoom!

Praise for Hosts and Guests

"Nate Klug's Hosts and Guests is a fine book full of rich nuance, complex emotions, and sharp observations. These are poems replete with hosts and guests from a wide range of ecosystems in which Horace, Rihanna, Leviticus, Dickinson, and even Pikachu and Pokémon Go make smooth appearances. Hosts and Guests is a book that feels as though, in Klug's own words, 'day's first words // arrive like nets, flung / from somewhere behind // our heads.' These are beautifully crafted, contemplative poems that stay with you long after you've read them."—Rowan Ricardo Phillips, author of Living Weapon: Poems

"What's the secret of these fresh and mysterious poems? In their lightness of touch, clarity, probity, and almost Japanese spareness, they bathe the ordinary in otherworldly light. Cicadas, young parents, a baby, North American bars and highways, jellyfish, a Horatian ode, the death of Pompey, religious faith feeling its way, an inchworm shrinking from em dash to hyphen—all find their places, revealed, in Nate Klug's delicately paced syntax and gracious reticence. A book both timely and ageless, a balm, a boon."—Rosanna Warren, author of So Forth: Poems

About Hosts and Guests

Nate Klug has been hailed by the Threepenny Review as a poet who is “an original in Eliot’s sense of the word.” In Hosts and Guests, his exciting second collection, Klug revels in slippery roles and shifting environments. The poems move from a San Francisco tech bar and a band of Pokémon Go players to the Shakers and St. Augustine, as they explore the push-pull between community and solitude, and past and present. Hosts and Guests gathers an impressive range: critiques of the “immiserated quiet” of modern life, love poems and poems of new fatherhood, and studies of a restless, nimble faith. At a time when the meanings of hospitality and estrangement have assumed a new urgency, Klug takes up these themes in chiseled, musical lines that blend close observation of the natural world, social commentary, and spiritual questioning. As Booklist has observed of his work, “The visual is rendered sonically, so perfectly one wants to involve the rest of the senses, to speak the lines, to taste the syllables.”

Praise for Rain in Plural

"Fiona Sze-Lorrain’sfourth book of original poems, Rain in Plural . . . uses language to uncover questions of citizenship, memory, and image. We love Sze-Lorrain’s lush, musical sensibilities. . . . If you’ve enjoyed her work in the past, you’re sure to enjoy Rain in Plural, too!"—Lantern Review

"Dazzling Fiona Sze-Lorrain refreshes our sense of time in her newest volume, the marvelously manifold Rain in Plural. Here, where the sea can be kept in a box, an airport has a skeleton and a nervous system, and both a wedding and heart surgery are scheduled 'to put the past behind,' she also transforms our sense of space. As if this poet were employing watercolor techniques, Sze-Lorrain builds up her drolly profound images. From 'a favorite samurai' to a dictator's dog, in the brilliant polycultural world she conjures we're suddenly everywhere at once, making Rain in Plural a book to absorb as one absorbs a vision."—Molly Peacock, author of The Analyst: Poems and Cornucopia: New and Selected Poems

About Rain in Plural

Rain in Plural is the much-anticipated fourth collection of poetry by Fiona Sze-Lorrain, who has been praised by The Rumpus as a master of musicality and enlightening allusions. In the wholly original world of these new poems, Sze-Lorrain addresses both private narratives and the overexposed discourse of the polis, using silence and montage, lyric and antilyric, to envision what she calls creating between liberties. With a moral precision embracing us without eschewing I, she rethinks questions of citizenship, the selections of sensory memory, and, by extension, the tether of word and image to the actual. She writes, I accept the truth in newspapers / by holding the murder of my friends against my chest. // To each weather forecast I give thanks: / merci for every outdated // dusk/dawn. Agrippina the Younger, Franz Kafka, Bob Dylan, a butoh performance, an unnamed Raku tea bowl--each has a place here. Made whole by time and its alteration in timelessness, synchrony, coincidences, and accidents, Rain in Plural beautifully reveals an elegiac yet ever-evolving inner life.