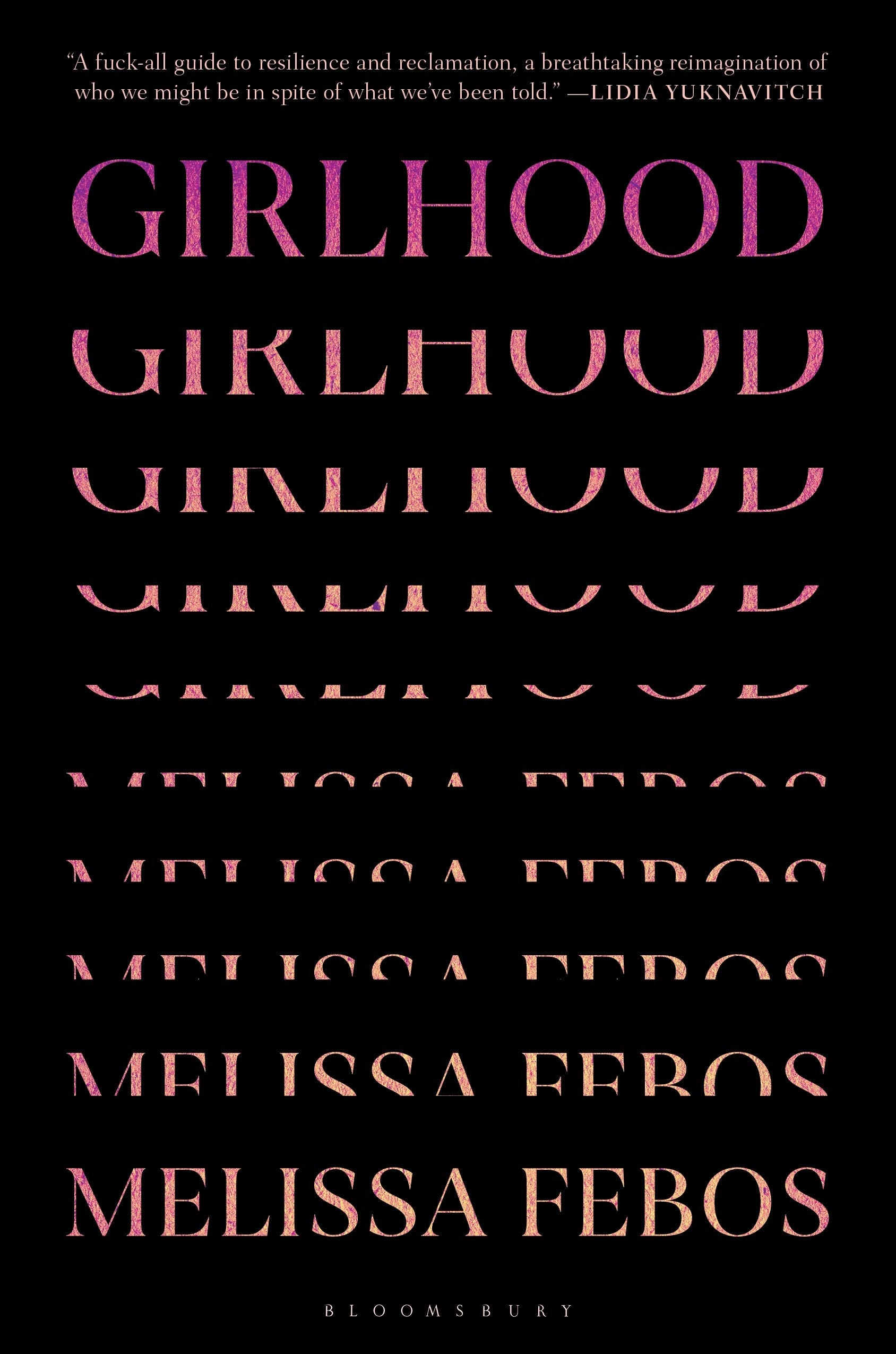 Join us on Wednesday, April 14 at 6pm PT when Melissa Febos discusses her book, Girlhood, with R.O. Kwon on Zoom!

“In this book, Febos proves herself to be one of the great documenters of the terrible and exquisite depths of girlhood. Here, that terrible and beautiful aeon is dissected, sung over, explored like ancient ruins. These essays are moss and iron—hard and beautiful—and struck through with Febos’ signature brilliance and power and grace. An essential, heartbreaking project." —Carmen Maria Machado, author of In the Dream House and Her Body and Other Parties

“Melissa Febos is part poet, part theorist, and all writer. In this lyrical, searching, profound, and personal collection, Febos examines childhood, femaleness, and love in its many forms with a sensuous ferocity that is all her own.” —Ariel Levy, author of The Rules Do Not Apply and Female Chauvinist Pigs

For readers of Maggie Nelson and Leslie Jamison, a poignant, universal story of the forces that shape girls and of a world where women are rarely free to define themselves.

In her dazzling new book, critically acclaimed author Melissa Febos examines the narratives women are told about what it means to be a girl and the realities of growing up female in a world that prioritizes the feelings, perceptions, and power of men at girls’ expense.

Febos was eleven when her body began to change, and almost overnight, the way people spoke to, looked at, and treated her changed with it. As she grew, she defined herself based on these perceptions and by the romantic relationships she threw herself into headlong. But in her thirties, Febos began to question the stories she’d been told about herself and the habits and defenses she’d developed over years of trying to meet others’ expectations. The values she and so many other women had learned in girlhood did not prioritize their personal safety, happiness, or freedom, and she set out to reframe those values and beliefs.

Blending investigative reporting, memoir, and scholarship, Febos charts how she and others like her have reimagined relationships and made room for the anger, hurt, and grief women have long been taught to deny.
Fierce and breathtaking, written with Febos’ characteristic lyricism and searing insights, Girlhood is an anthem for women, a powerful exploration of the forces that seek to confine them, and a searing study of the transitions into and away from girlhood on a lifelong journey of discovery.

Melissa Febos is the author of Whip Smart and Abandon Me, a Lambda Literary Award finalist and Publishing Triangle Award finalist. Her essays have appeared in Tin House, The Believer, The New York Times, and elsewhere. Febos is the inaugural winner of the Jeanne Córdova Prize for Lesbian/Queer Nonfiction from Lambda Literary and serves on the directorial board of VIDA: Women in Literary Arts. She is an associate professor of creative writing at Monmouth University and lives in Brooklyn.

A gripping set of stories about the forces that shape girls and the adults they become. A wise and brilliant guide to transforming the self and our society.

In her powerful new book, critically acclaimed author Melissa Febos examines the narratives women are told about what it means to be female and what it takes to free oneself from them.