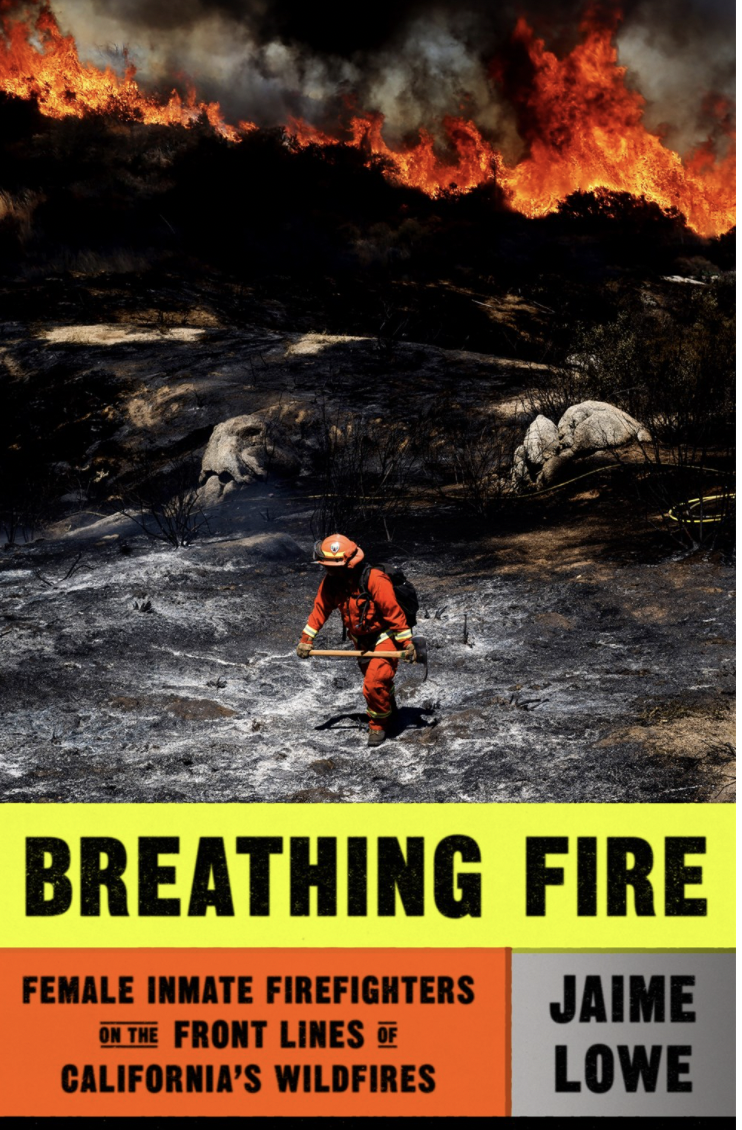 Join us on Wednesday, August 4 at 6pm PT when Jaime Lowe joins us to discuss her latest book, Breathing Fire, with Kim Kelly on Zoom!

About Breathing Fire
A dramatic, revelatory account of the female inmate firefighters who battle California wildfires.

Shawna was overcome by the claustrophobia, the heat, the smoke, the fire, all just down the canyon and up the ravine. She was feeling the adrenaline, but also the terror of doing something for the first time. She knew how to run with a backpack; they had trained her physically. But that’s not training for flames. That’s not live fire.

California’s fire season gets hotter, longer, and more extreme every year — fire season is now year-round. Of the thousands of firefighters who battle California’s blazes every year, roughly 30 percent of the on-the-ground wildland crews are inmates earning a dollar an hour. Approximately 200 of those firefighters are women serving on all-female crews.

In Breathing Fire, Jaime Lowe expands on her revelatory work for The New York Times Magazine. She has spent years getting to know dozens of women who have participated in the fire camp program and spoken to captains, family and friends, correctional officers, and camp commanders. The result is a rare, illuminating look at how the fire camps actually operate — a story that encompasses California’s underlying catastrophes of climate change, economic disparity, and historical injustice, but also draws on deeply personal histories, relationships, desires, frustrations, and the emotional and physical intensity of firefighting.

Lowe’s reporting is a groundbreaking investigation of the prison system, and an intimate portrayal of the women of California’s Correctional Camps who put their lives on the line, while imprisoned, to save a state in peril.

About Jaime Lowe
Jaime Lowe is a frequent contributor to The New York Times Magazine and other national publications, and has appeared regularly on This American Life, RadioLab, and NPR. She is the author of Mental and Digging for Dirt and has taught writing at Wallkill Correctional Facility. Born and raised in California, she lives in New York City.

About Kim Kelly
Kim Kelly is a regular labor columnist for Teen VOGUE and the author of Fight Like Hell, a book of intersectional labor history, which will be published next year. She’s written about labor, class, politics, and culture for the New Republic, the Washington Post, the Baffler, and Esquire, among other publications. She’s a member of the Industrial Workers of the World’s Freelance Journalist Union as well as an elected councilperson for the Writers Guild of America, East (WGAE). Kelly is based in Philadelphia.

A dramatic, revelatory account of the female inmate firefighters who battle California wildfires.

Fight Like Hell: The Untold History of American Labor (Hardcover)

A revelatory and inclusive history of the American labor movement, from journalist Kim Kelly.

The history of organized labor in America all too often conjures a bygone era and generic images of slick-haired strongmen and hard-hatted construction workers. But in fact, one of America’s first unions was founded by Black Mississippi freedwomen in the 1860s.