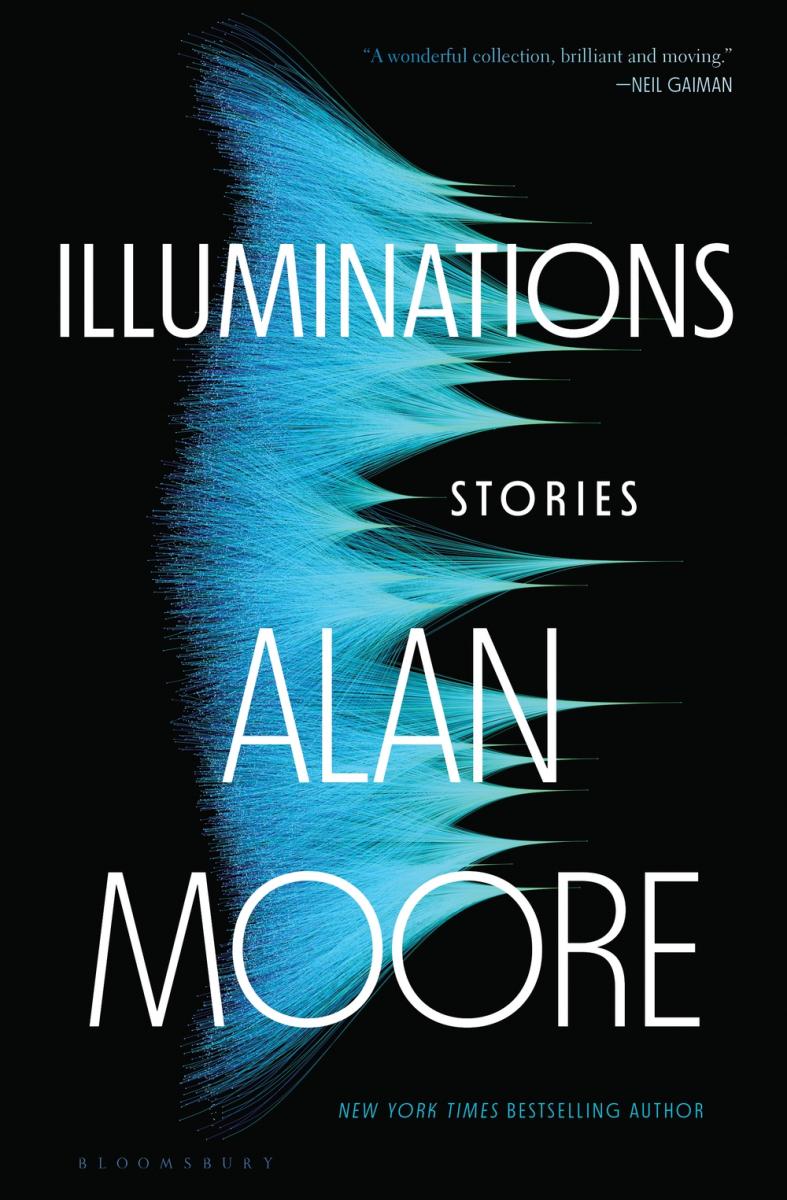 Join us virtually on Saturday, October 15 at 8:30am PT when Alan Moore joins us live from England to celebrate his new collection of short stories, Illuminations, on Crowdcast!
Brought to you in proud partnership with the Wisconsin Book Festival

This event is free and open to the public.
Purchase of the book is always greatly appreciated.

Register for the event at the link below
https://www.crowdcast.io/e/wbf-illuminations/register

Praise for Illuminations
“Illuminations is a wonderful collection, brilliant and moving . . . Both mind-expanding and cosmic while utterly rooted in our urban reality, written in language that coruscates, concatenates and glitters . . . [It] refuses to leave your head after you've read it.” —Neil Gaiman, author of AMERICAN GODS and NORSE MYTHOLOGY

“One of the most significant fiction writers in English . . . Moore's influence can be felt everywhere-in our literature, on our screens, in our politics.” —Guardian

“His bighearted passion for his people . . . and the whole monstrous endeavor of the human condition is infectious. I'm not sure there's a God, but I thank Her for Alan Moore.” —Entertainment Weekly

About Illuminations
From the unparalleled imagination of Alan Moore, author of Watchmen and V for Vendetta, eight stories full of wonder and strangeness, which take us to the fantastical underside of reality.

In his first-ever short story collection, which spans forty years of work and features many never-before-published pieces, Alan Moore presents a series of wildly different and equally unforgettable characters who discover—and in some cases even make and unmake—the various uncharted parts of existence.
In “A Hypothetical Lizard,” two concubines in a brothel for sorcerers fall in love, with tragic ramifications. In “Not Even Legend,” a paranormal study group is infiltrated by one of the otherworldly beings they seek to investigate. In “Illuminations,” a nostalgic older man decides to visit a seaside resort from his youth and finds the past all too close at hand. And in the monumental novella “What We Can Know about Thunderman,” which charts the surreal and Kafkaesque history of the comics industry over the last seventy-five years through several sometimes-naive and sometimes-maniacal people rising and falling on its career ladders, Moore reveals the dark, beating heart of the superhero business.
From ghosts and otherworldly creatures to the four horsemen of the apocalypse to theoretical Boltzmann brains fashioning the universe at the big bang, Illuminations is exactly that—a series of bright, startling tales from a contemporary legend that reveal the full power of imagination and magic.

About Alan Moore
Alan Moore is widely regarded as the best and most influential writer in the history of comics. His seminal works include V for Vendetta, The League of Extraordinary Gentlemen, From Hell, and Watchmen, which won a Hugo Award and was adapted into a film as well as an HBO original series. He is also the author of the New York Times bestselling novel Jerusalem. He was born in 1953 in Northampton, UK, and has lived there ever since.

From New York Times bestselling author Alan Moore—one of the most influential writers in the history of comics—"a wonderful collection, brilliant and often moving" (Neil Gaiman) which takes us to the fantastical underside of reality.