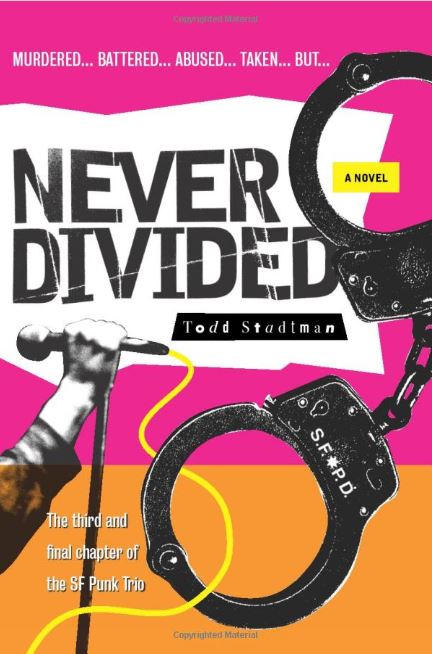 In his previous novels, Please Don't Be Waiting For Me and So Good It's Bad, Todd Stadtman introduced us to Scott, Bridge, Benny, and Micah, a tightknit band of teenage punk rockers with a habit of finding themselves on the wrong side of the law. Now, with Never Divided, the last book in his SF Punk Trio, Stadtman moves the action forward to 1984, when San Francisco was taken over by the Democratic National Convention and the thousands of protesters who took to the streets in opposition to the policies of President Ronald Reagan and the Democrat’s perceived ineffectiveness in combating them. This time, the group’s efforts to clear Micah of a false charge of assaulting a police officer puts them on the wrong side of a criminal gang of corrupt cops working inside the SFPD. As a result, they find themselves hunted throughout the dark corners of Nocturnal San Francisco in a tale that, like its predecessors, is every bit as terrifying and exciting as it is unexpectedly hilarious.