This event will take place at our Clement St. location. 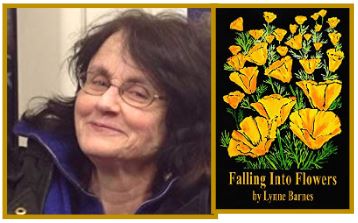 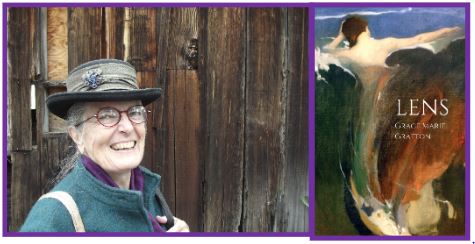 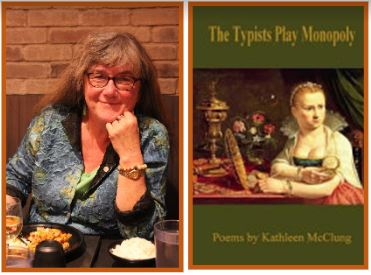 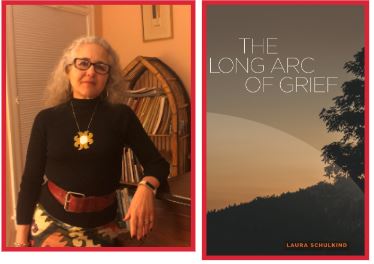 Lynne Barnes was born in Georgia and moved to New York City in 1968 with a front row ticket
to HAIR, before migrating to San Francisco in 1969, two years after the Summer of Love. She
was part of a commune that thrived for twenty years in the Haight Ashbury. She is a former
psych nurse and librarian. Her beloved partner, Carole, created the cover art for her book.
FALLING INTO FLOWERS was the recipient of the 2017 Rainbow Award for Best Gay and Lesbian
Poetry, a finalist for the 2018 Eric Hoffer Book Award, and received Honorable Mention in both
the "Gay" and "Poetry" categories for the 2018 San Francisco Book Festival.

Kathleen McClung is the author of two poetry collections, The Typists Play Monopoly and
Almost the Rowboat. Her work appears widely in journals and anthologies including Southwest
Review, Naugatuck River Review, Mezzo Cammin, The MacGuffin, Forgotten Women,
Sanctuary, Fire and Rain: Ecopoetry of California, and elsewhere. Winner of the Rita Dove,
Morton Marr, Shirley McClure, and Maria W. Faust national poetry prizes, she is a Pushcart and
Best of the Net nominee. Associate director of the Soul-Making Keats literary competition, she
has mentored hundreds of writers at Skyline College, The Writing Salon, and other colleges and
has taught/advised student teachers in the credential program at Mills College. For ten years
she has directed Women on Writing: WOW Voices Now on the Skyline campus. In 2018-2019
she is a writer-in-residence at Friends of the San Francisco Public Library.

Laura Schulkind, an attorney by day, is entrusted with others’ stories. Through poetry she tells
her own. She has two poetry chapbooks, both published by Finishing Line Press, The Long Arc of
Grief (2019) and Lost in Tall Grass (2014). Her writing has also appeared in numerous literary
journals including: The Dallas Review, Diverse Voices Quarterly, Dos Passos Review, Forge, The
MacGuffin, and Reed Magazine.
Her recent collection The Long Arc of Grief, dedicated to her parents, was impelled by suddenly
finding herself in a world without them. But it also moves beyond grief, exploring how we all
not merely carry on, but live. In telling these stories, she has been described as, “a fearless
truth-teller, shining the light of her poetic language on details we well might have missed
otherwise--the small, miraculous moments of discovery, heartbreak and redemption.” Barbara
Quick (Vivaldi's Virgins) Her published work, and additional reviews can also be found at:
www.lauraschulkind.com, along with musings on why “lawyer-poet” isn’t an oxymoron.

Lynne Barnes was born in Georgia and moved to New York City in 1968 with a front row ticket to Hair, before migrating to San Francisco in 1969, two years after the Summer of Love. She has worked as a nurse on psych emergency units and oncology wards, and as a librarian in San Francisco's Public Libraries. She was part of a commune that thrived for twenty years in the Haight Ashbury.

ISBN: 9781950730056
Availability: NOT on our shelves now. Usually ships from warehouse in several days.
(This book cannot be returned nor exchanged.)
Published: Unsolicited Press - July 23rd, 2019

Unique and commonplace, wise and funny, wild and cultivated, the poems in LENS, by Grace Marie Grafton, invite readers to explore with her the faces, places, history and mythic imagination of artists of California from 1853-2010.

ISBN: 9781947465602
Availability: NOT on our shelves now. Usually ships from warehouse in several days.
(This book cannot be returned nor exchanged.)
Published: Kelsay Books - March 28th, 2018

I have long admired Kathleen McClung's sonnet crowns. How happy I was, then, to be surprised by her skill with the sestina, one that she writes with a traditionalist's sense of meter and a contemporary poet's sense of the conversational. I was also delighted by her boldness in including several sestinas in her volume, along with her crowns.

The Long Arc of Grief (Paperback)