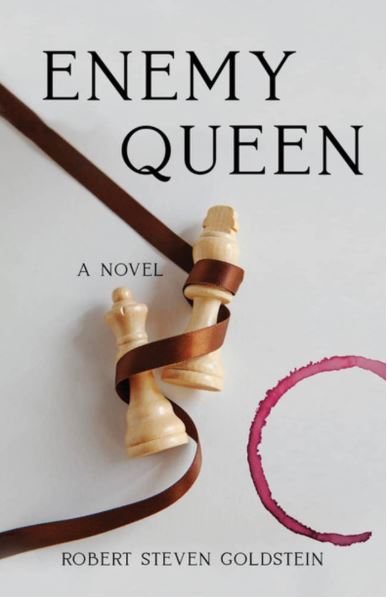 A woman initiates passionate sexual encounters with two articulate but bumbling and crass middle-aged men, but what she demands in return soon becomes untenable. A short time later she goes missing, prompting the county sheriff to open a murder investigation.

When Stanley Berman, a Jewish New York attorney, is appointed Chief Counsel at a North Carolina University, he opts to share a house with his good friend, Thomas McClellan, a professor in the school’s English Department. The men spend their evenings drinking wine, playing chess, and lamenting their ineptitude with women. Then the Professor, a Southern good old boy, former high school football lineman, and avid hunter, hatches a scheme to bring a young woman into the house, insisting that as a creative writing teacher, such women find him alluringly subversive and artistic. The Counselor is dubious but persuaded nonetheless—much to his detriment.

The articulate but bumbling Counselor and Professor find themselves outwitted at every turn by Victoria, a young woman who is clever, inscrutable, and superb at finishing what she starts. She initiates passionate sexual encounters with the men, but as time goes on, what she demands in return becomes untenable. When she goes missing, John Watson, the county sheriff—and the Professor’s lifelong friend—feels compelled to open a murder investigation.

Full of wicked humor, artful eroticism, scintillating dialogue, and a bit of intrigue, Enemy Queen is an exhilarating romp set in a North Carolina college town.

Robert Steven Goldstein retired from his job as a healthcare information executive at age fifty-six and has been writing novels ever since. His first novel, The Swami Deheftner, about the problems that ensue when ancient magic and mysticism manifest in the twenty-first century, has developed a small cult following in India. Cat's Whisker, his second novel, will be published soon; an excerpt from it, entitled "An Old Dog," was featured in the fall 2018 edition of Leaping Clear, a literary journal. Enemy Queen is his third novel. Robert Steven Goldstein has practiced yoga, meditation, and vegetarianism for over fifty years. Born and raised in Brooklyn, he now lives in San Francisco with his wife of thirty years and two rambunctious dogs