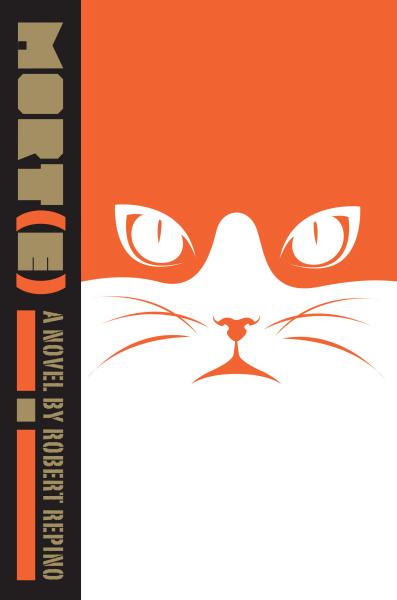 Please join Green Apple Books in welcoming author Robert Repino as we celebrate the release of his dystopian debut novel, Mort(e) at 7pm on Thursday, January 29th, 2015 in our Granny Smith Room.

The "war with no name" has begun, with human extinction as its goal. The instigator of this war is the Colony, a race of intelligent ants who, for thousands of years, have been silently building an army that would forever eradicate the destructive, oppressive humans. Under the Colony's watchful eye, this utopia will be free of the humans' penchant for violence, exploitation and religious superstition. The final step in the Colony's war effort is transforming the surface animals into high-functioning two-legged beings who rise up to kill their masters.

Former housecat turned war hero, Mort(e) is famous for taking on the most dangerous missions and fighting the dreaded human bio-weapon EMSAH. But the true motivation behind his recklessness is his ongoing search for a pre-transformation friend--a dog named Sheba. When he receives a mysterious message from the dwindling human resistance claiming Sheba is alive, he begins a journey that will take him from the remaining human strongholds to the heart of the Colony, where he will discover the source of EMSAH and the ultimate fate of all of earth's creatures.

After spending two years in the West Indies as a Peace Corps Volunteer, Robert Repino earned an MFA​ ​in Creative Writing from Emerson College. His fiction has been nominated for a Pushcart Prize among​ ​other awards, and has appeared in The Literary Review, Night Train, Hobart, The Furnace Review, Ghoti, Word​ ​Riot, JMWW, Juked, The Coachella Review, and the anthology Brevity and Echo (Rose Metal Press). Repino is​ ​the pitcher for the Oxford University Press softball team and quarterback for the flag football team, but​ ​his business card says that he's an Editor.

After the "war with no name" a cat assassin searches for his lost love in Repino's strange, moving sci-fi epic that channels both Homeward Bound and A Canticle for Lebowitz.