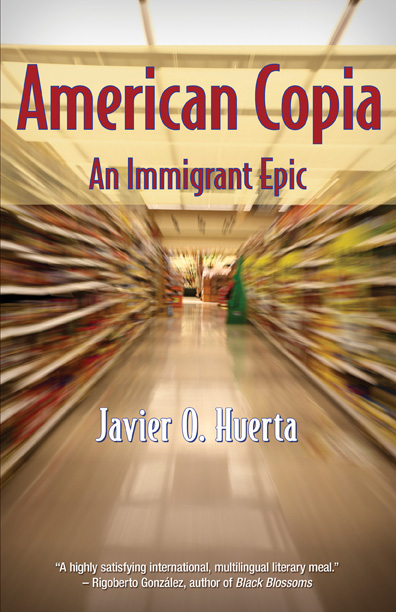 About Portraits in G Minor

Reveling in the mystic wonders that can emerge even from “the palm of a corporate boss,” the poems of Paco Márquez “splash the sky wide,” exposing the magic in the quotidian — the “unnoticed silhouettes / imprinted in the grass.” In the tender violence of these portraits, “that which spoke the rose into being” also hums through daily life, holding a man’s hand, looking him in the eye, and saying, “the kitchen window is open.” To open this book is to see the world illuminated.

Originally from Mexico and Northern California, Paco Marquez is also poetry editor at Washington Square. His work has appeared in Apogee, the Squaw Valley Review, and OccuPoetry (prior to joining the editorial team). One of his poems went up on public mural, through the Sacramento Metropolitan Art Commission’s Del Paso Words & Walls Project. He’s been featured as Lo-Writer of the Week in Juan Felipe Herrera’s California Poet Laureate website, and he recently completed an MFA in poetry at NYU.

About American Copia: An Immigrant Epic

In this innovative work that uses grocery stores as a guiding motif, [Javier Huerta] deftly combines English and Spanish to explore his identity as an immigrant, naturalized citizen, son, brother, lover, graduate student. Visits to grocery stores in the U.S. and northern Mexico lead to questions about himself. “I often wonder if I would have grown up thin had my family stayed and bought groceries in Mexico. The day we crossed the river my seven-year-old body had not an ounce of fat on it,” he remembers.

But he looks beyond his own personal circumstances as he explores the abundance of experience found in going to the grocery store.  Through poetry written in Spanish, a short play, non-fiction passages and even text messages, Huerta delves into subjects such as consumerism and health foods available only to a limited class of people. The diverse pieces and themes in American Copia pulsate with all that can be both communal and autonomous in everyday life. Men take advantage of women; people protest against practices that place corporate profits above a fair wage for farmworkers; and, sometimes, people commit acts of violence.

Though Huerta touches on serious subjects, many of these short vignettes are quirky and humorous. His is an original, evocative voice that articulates the immigrant perspective to create a thought-provoking look at the land of plenty. This is a must-read for anyone interested in experimental or Mexican-American literature.

Javier O. Huerta is the author of Some Clarifications y otros poemas (Arte Público Press, 2007), recipient of the Chicano / Latino Literary Prize. His poems have been included in numerous anthologies, including American Tensions: Literature of Identity and the Search for Social Justice (New Village Press, 2011) and The Best American Nonrequired Reading 2011 (Mariner Books, 2011). A native of Nuevo Laredo, Mexico, he currently lives in Oakland, California. He is working on his doctorate in English at the University of California, Berkeley.