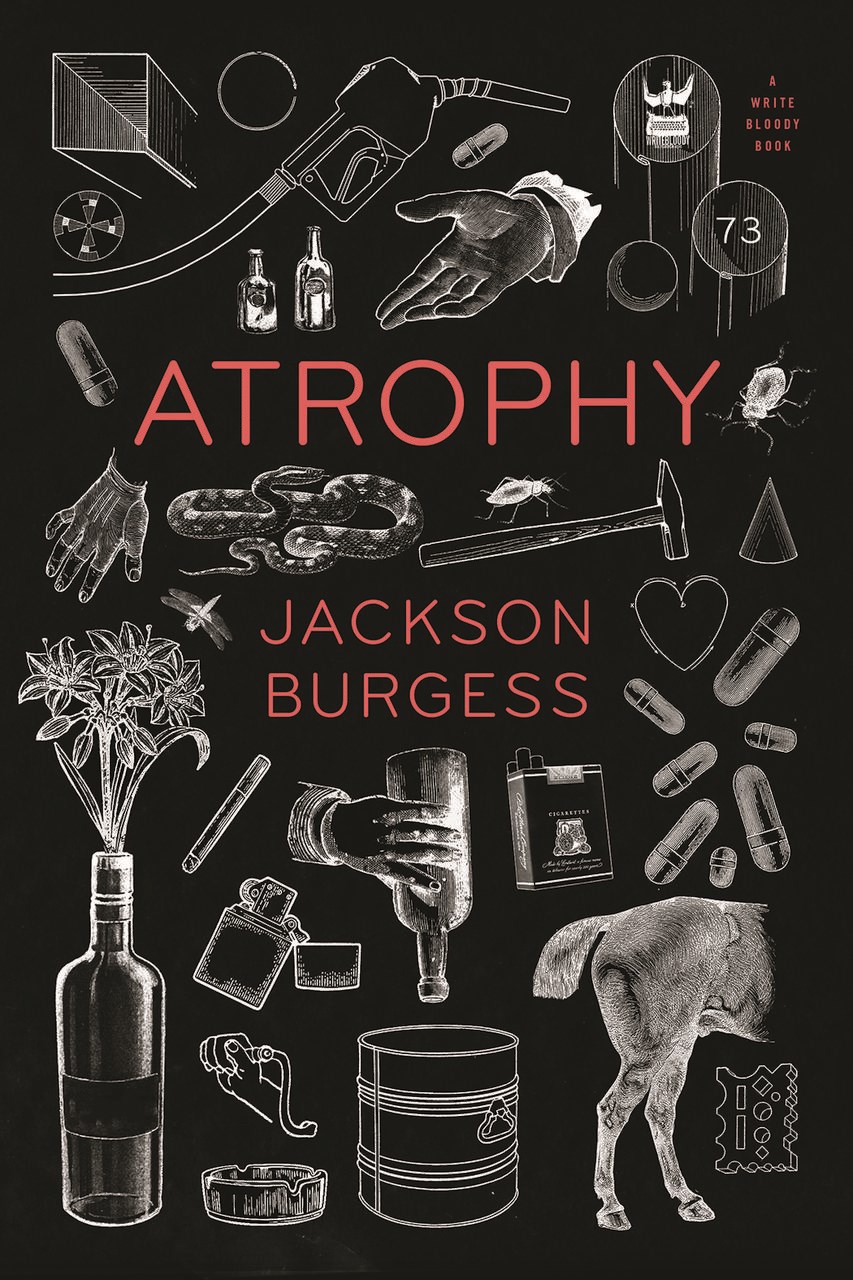 Please join us at Green Apple Books on Clement street Sunday, September 23rd at 7:00 p.m. as we welcome Jackson Burgess as he reads from his newest poetry collection (from Write Bloody Publishig), Atrophy.

"Jackson Burgess is the most dazzling, urgently urban and unfailingly inventive young chronicler of lost highways and avenues of broken dreams since the early poems of Denis Johnson and the ballads of Tom Waits." -David St. John, Chancellor of the Academy of American Poets

"Atrophy pulses with love, vodka, and the despair of things lost and things found...I want to gift Atrophy to every human I've ever met." -Ruth Madievsky, author of Emergency Brake

Jackson Burgess is the author of Atrophy (Write Bloody Publishing, 2018)and the chapbook Pocket Full of Glass, winner of the 2014 Clockwise Competition (Tebot Bach, 2017). He is a graduate of the Iowa Writers' Workshop, and his poetry and fiction have appeared in The Los Angeles Review, The Cincinnati Review, Rattle, Cimarron Review, Colorado Review, and elsewhere. He has led workshops at the University of Iowa, Los Angeles Southwest College, and the St. Vincent de Paul Cardinal Manning Center on Skid Row. Jackson lives in Los Angeles, where he works as an editor and educator.

In his moving debut collection, Jackson Burgess examines heartbreak, depression, and empathy through a lens of rigorous introspection.

Dive bars, gas stations, bedrooms, and snowfields comprise the setting as the speaker asks: What do we feel? What should we feel? Who gets to feel what?