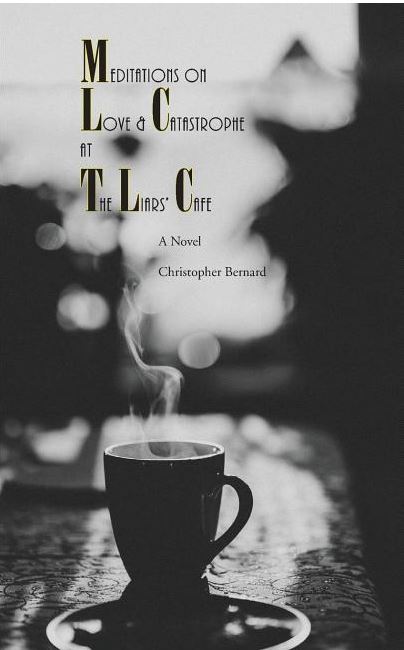 Christopher Bernard joins us to discuss his novel, Meditations on Love & Catastrophe at The Liars' Cafe.

About Meditations on Love & Catastrophe at The Liars' Cafe

A challenging and innovative exploration of narrative, emotion, and the possibilities of language, part dream vision, part prose poem, part series of dialogues about love, nature, politics, the nature of good and evil, and the meaning of human life.

Christopher Bernard is a writer living in San Francisco. He is the founder, a principal and co-editor (with Ho Lin) of the literary and arts webzine Caveat Lector and contributes regularly to the monthly online magazine Synchronized Chaos. His books include the novels A Spy in the Ruins and Voyage to a Phantom City; two books of stories, In the American Night and Dangerous Stories for Boys; The Rose Shipwreck: Poems and Photographs; Chien Lunatique (poems); and numerous plays, including most recently The Beast and Mr. James. His work has appeared in several anthologies and many periodicals, including cultural and arts journalism in the New York Times, San Francisco Chronicle, Chicago Tribune, San Francisco Bay Guardian, Philadelphia Inquirer and elsewhere, and poetry and fiction in literary reviews in the U.S. and U.K. He has also written plays that have been produced and radio broadcast, in part or complete, in the San Francisco Bay Area. His poetry films have been screened in San Francisco and his poetry and fiction have been nominated for the Puschcart Prize and Best of the Web. His diaries and journals are being compiled under the title "Voyage Around My Life." His autobiographical essay appeared in Contemporary Authors, Volume 180 (Gale Group). In 2019, he received the Albert Nelson Marquis Lifetime Achievement Award. He is also a photographer and composer; an excerpt from his opera "Nachtstück: An Opera on the Death of Anton Webern," has been radio broadcast (KPFA).

Meditations On Love & Catastrophe at the Liars' Cafe (Paperback)

By Christopher Bernard
$19.95
ISBN: 9781587905148
Availability: ON HAND in at least ONE of our stores. Click through or call for up-to-the-minute availability.
Published: Regent Press - January 15th, 2020
Event Categories:
Clement St