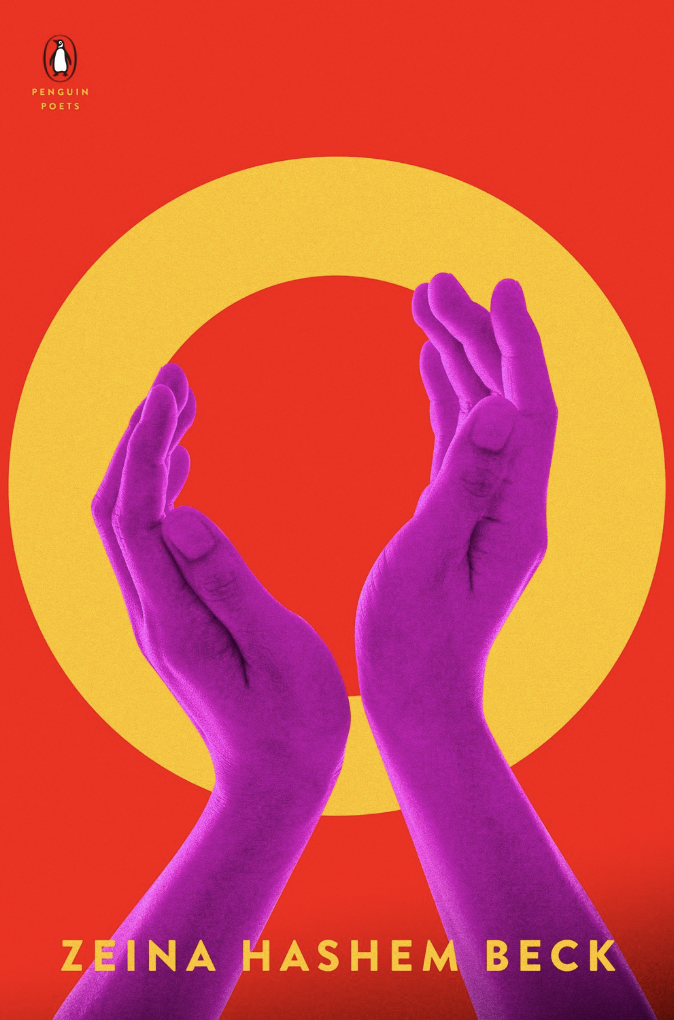 Join us on Monday, July 18 at 7pm PT when Zeina Hashem Beck joins us to celebrate her collection, O, with Tongo Eisen-Martin at 9th Ave!

Or watch online by registering at the link below
https://us02web.zoom.us/webinar/register/WN_5RWspf82Rm-JgeNz4aC2xA

Praise for O
“O is so full of life, of music and passion for life. In ghazals, odes, revolution songs and invocations of O the world comes vividly alive: 'I carry a name & many cities,' writes Hashem Beck, as her poems unfold the abundance of our world. Abundance, yes: so much tenderness, so much passion in these pages: just one language can't contain it all, so the poet gives us 'Duets,' joining Arabic and English in the same stanza. The lyricism is vehicle of emotional impact—'I Beruited East Houston at first sight,' the poet tells us, and we trust this playfulness and nuance because it is driven by a ritual. Because the ritual isn't separated from the necessity of daily life in these pages. Because most daily things still have a wisp of prayer in them. Because Hashem Beck's prayer isn't shy of calling for revolution, of asking 'to occupy the streets, bring the tires, the sofas, the drums, the blaring cars.' Zeina Hashem Beck's prayer isn't afraid of stories, of new music on your balconies. Listen. Her O brims with the world.”
—Ilya Kaminsky, author of Deaf Republic and Dancing in Odessa

“Western readers often consume books by international authors like perverse anthropologists, scanning for a word or phrase that buttresses their ill-informed preconceptions, cudgeling a writer’s meticulously woven lyric into vapid social generality. Zeina Hashem Beck’s O rebukes this tendency explicitly in an early poem: “I’m tired of metaphors about peace. // I prefer dark chocolate in the morning, / & a good window.” And then throughout the collection, she rebukes it with her truly undeniable poems—rhymes braid across multiple languages, intricate forms fracture under the weight of their subjects. In one unforgettable piece, a subtle incantation ends on the name of a flower that looses itself across the page like so many petals. Unforgettable, undeniable—these are the words I keep coming back to with O. Anyone who reads it in earnest will emerge better made.”
—Kaveh Akbar, author of Pilgrim Bell

About O
From a "brilliant, absolutely essential voice" whose "poems feel like whole worlds" (Naomi Shihab Nye), a poetry collection considering the body physical, the body politic, and the body sacred

Zeina Hashem Beck writes at the intersection of the divine and the profane, where she crafts elegant, candid poems that simultaneously exude a boundless curiosity and a deep knowingness. Formally electrifying—from lyrics and triptychs to ghazals and Zeina's own duets, in which English and Arabic echo and contradict each other—O explores the limits of language, notions of home and exile, and stirring visions of motherhood, memory, and faith.

About Zeina Hashem Beck
Zeina Hashem Beck is a Lebanese poet and the author of two previous full-length collections of poetry: Louder than Hearts (Bauhan Publishing, 2017) and To Live in Autumn (The Backwaters Press, 2014), as well as two chapbooks: 3arabi Song (Rattle, 2016) and There Was and How Much There Was (smithdoorstop, 2016). Educated in Arabic, English, and French, Zeina has a BA and an MA in English Literature from the American University of Beirut. Her poem “Maqam” won Poetry’s 2017 Frederick Bock Prize, and her work appeared in The New York Times, Ploughshares, Poetry, and elsewhere. Zeina is the co-creator and co-host, with poet Farah Chamma, of Maqsouda, a podcast about Arabic poetry produced by Sowt. After a lifetime in Lebanon and a decade in Dubai, Zeina recently moved to California with her husband and two daughters.

About Tongo Eisen-Martin
Tongo Eisen-Martin is the Poet Laureate of San Francisco, California. He is the author of Heaven Is All Goodbyes (City Lights Books, 2017), which was shortlisted for the Griffin International Poetry Prize, received the California Book Award for Poetry, an American Book Award, and a PEN Oakland Book Award. He is also the author of someone's dead already (Bootstrap Press, 2015). Blood on the Fog, his newest collection of poems, is volume 62 in the City Lights Pocket Poets Series.

“O is so full of music and passion for life . . . Zeina Hashem Beck’s poems unfold the abundance of our world.” —Ilya Kaminsky, author of Deaf Republic

Politically astute, filled with wisdom and great humanity, this is poetry meant to conjure a healing and provoke a confrontation, an invitation to a journey through Black America.