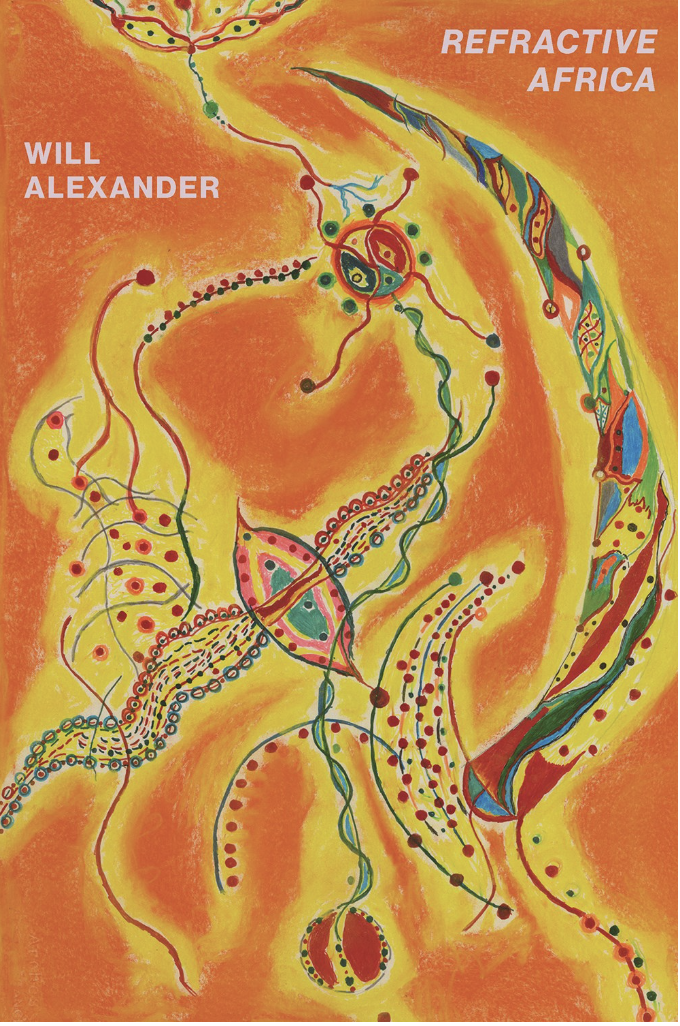 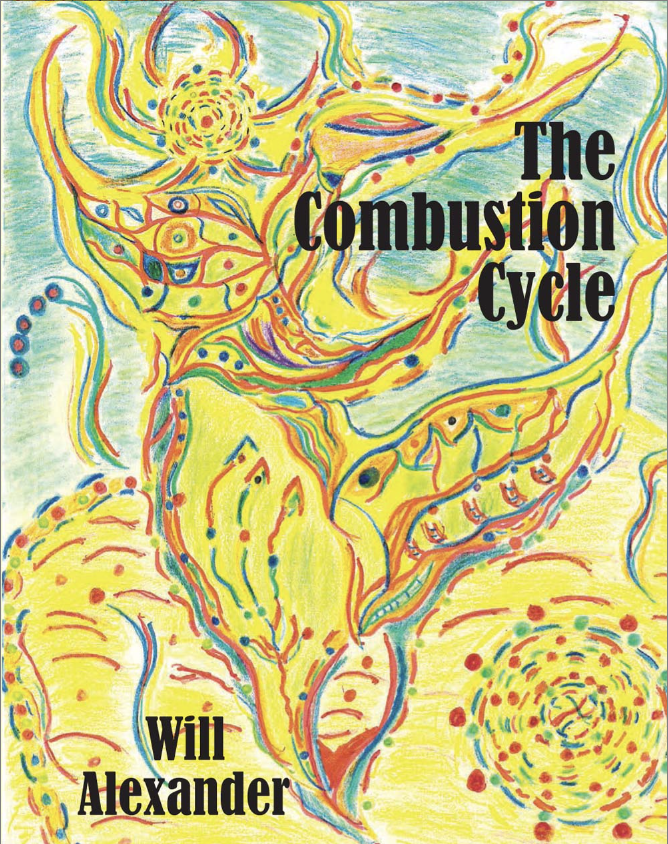 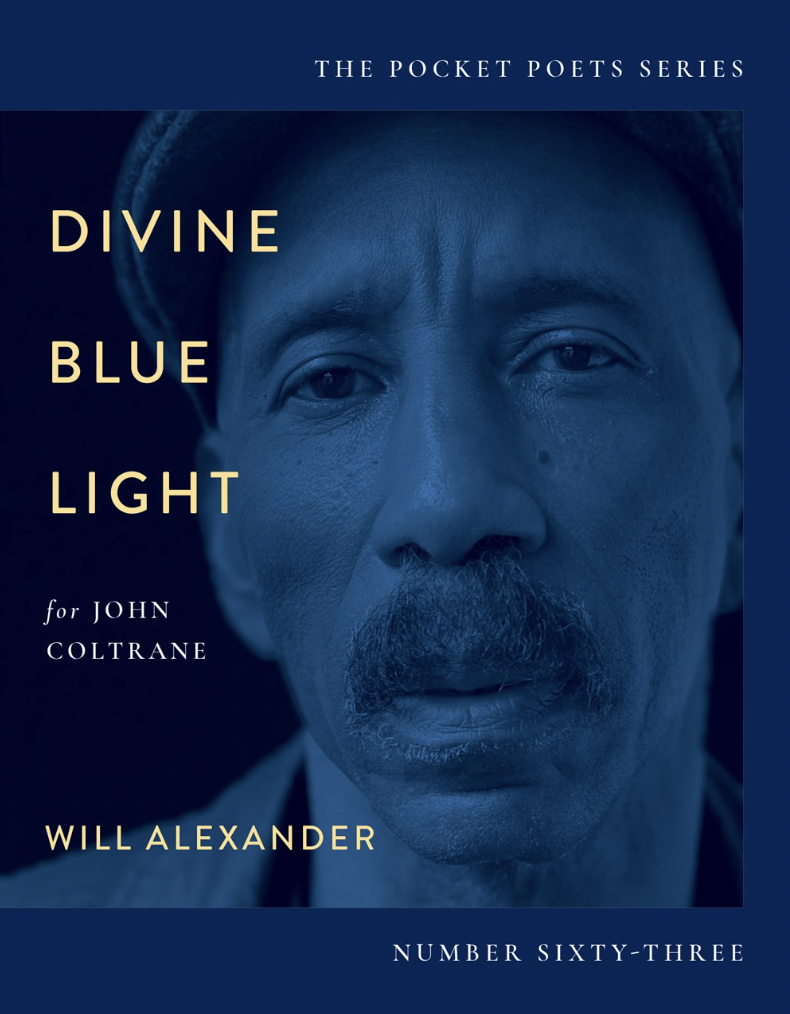 Join us on Thursday, September 1 at 7pm PT when Will Alexander celebrates his latest and upcoming work here at 9th Ave!

About Will Alexander
Born in 1948 in Los Angeles, Will Alexander is a poet, novelist, playwright, philosopher, visual artist, and musician. He has published over two dozen books in a variety of genres and has earned many honors and awards including a Whiting Fellowship for Poetry, a California Arts Council Fellowship, the PEN/Oakland Josephine Miles Award, a Before Columbus Foundation American Book Award, and the 2016 Jackson Poetry Prize. He has also exhibited his artwork in group and solo shows. His work is known for its visionary, oracular surrealism and the influence of Negritude. Among his publications are Refractive Africa (New Directions, 2021/Granta, 2022), which was named a finalist for the 2022 Pulitzer Prize in Poetry and won the California Book Award for Poetry, The Combustion Cycle (Roof, 2021), Across the Vapor Gulf (New Directions, 2017), and The Sri Lankan Loxodrome (New Directions, 2009). His book Compression & Purity (2011) was volume five in the City Lights Spotlight Poetry Series. He is currently thepoet-in-residence at Beyond Baroque in Venice, California. He has lived his entire life in Los Angeles.

About Refractive Africa
Finalist for the Pulitzer Prize, Winner of the California Book Award in Poetry
“The poet is endemic with life itself,” Will Alexander once said, and in this searing pas de trois, Refractive Africa: Ballet of the Forgotten, he has exemplified this vital candescence with a transpersonal amplification worthy of the Cambrian explosion. “This being the ballet of the forgotten,” he writes as diasporic witness, “of refracted boundary points as venom.” The volume’s opening poem pays homage to the innovative Nigerian-Yoruban author Amos Tutuola; it ends with an encomium to the modernist Malagasy poet Jean-Joseph Rabearivelo—two writers whose luminous art suffered “colonial wrath through refraction.” A tribute to the Congo forms the bridge and brisé vole of the book: the Congo as “charged aural colony” and “primal interconnection,” a “subliminal psychic force” with a colonial and postcolonial history dominated by the Occident. Will Alexander’s improvisatory cosmicity pushes poetic language to the point of most resistance—incantatory and swirling with magical laterality and recovery.

About The Combustion Cycle
Will Alexander’s The Combustion Cycle focuses the reader’s attention on civilizations, geographies, and celestial objects ignored or rejected by mainstream world cultures. Not merely a regional articulation but in global resonance, Alexander’s magnum opus aligns regions from Patagonia to the northern polar wastes, to western Africa in an inner technology of burning external to the Occidental machinery with its built-in limits.

The Combustion Cycle erupts from an intuitive seed that coalesces with the grief and grievance of forgotten cultures. Less a sudden lightning-like insight than a protracted seepage that gathers over time into a deluge of language, springing from unknown genetic powers to encounter Alexander’s curious tributaries of the imagination. The Combustion Cycle explores the author’s “protracted lingual voltage.”

About Divine Blue Light (for John Coltrane)
From Will Alexander, finalist for the 2022 Pulitzer Prize in Poetry, a new collection of poems from the intersection between surrealism and afro-futurism, where Césaire meets Sun Ra. Divine Blue Light further affirms Alexander’s status as one of the most unique and innovative voices in contemporary poetry. On sale Nov. 15, 2022.

Against the ruins of a contemporary globalist discourse, which he denounces as a “lingual theocracy of super-imposed rationality,” Will Alexander’s poems constitute an alternative cartography that draws upon omnivorous reading—in subjects from biology to astronomy to history to philosophy—amalgamating their diverse vocabularies into an impossible instrument only he can play. Divine Blue Light is anchored by three major works: the opening “Condoned to Disappearance,” a meditation on the heteronymic exploits of Portuguese modernist Fernando Pessoa; the closing “Imprecation as Mirage,” a poem channeling an Indonesian man; and the title poem, an anthemic ode to the jazz saxophonist John Coltrane. Other key pieces include “Accessing Gertrude Bell,” a critique of one of the designers of the modern state of Iraq; “Deficits: Chaïm Soutine & Joan Miró,” in homage to two Jewish artists forced to flee the Nazi invasion of France; and “According to Stellar Scale,” a compact lyric that traveled to space with astronaut Sian Proctor. The newest installment in our Pocket Poets Series, Divine Blue Light confirms Alexander’s status among the foremost surrealists writing in English today.

Poetry. African & African American Studies. A long-distance runner extraordinaire, Will Alexander parses and devours information, code and arcana lest they parse and devour him, parse and devour us. What but deep seas and distant galaxies would make such a demand his extended soliloquies implicitly ask and overtly answer.

From Will Alexander, finalist for the 2022 Pulitzer Prize in Poetry, a new collection of poems from the intersection between surrealism and afro-futurism, where C saire meets Sun Ra. Divine Blue Light further affirms Alexander's status as one of the most unique and innovative voices in contemporary poetry.