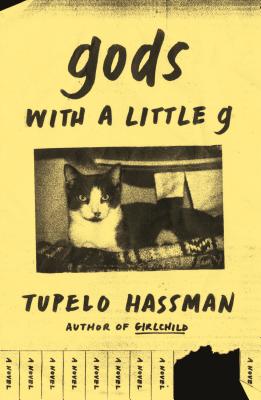 About gods with a little g

From the acclaimed author of Girlchild, this gritty, irreverent novel sees a young misfit grow into hope

Rosary, California, is not an easy place to grow up, particularly without a mom. So cut off from the rest of the world that even the Internet is blocked, Rosary is a town run by evangelicals but named by Catholics (and the evangelicals aren’t particularly happy about that). It’s a town on very formal relations with its neighbors, one that doesn’t have much traffic in or out and that boasts an oil refinery as well as a fairly sizable population of teenagers.

For Helen and her friends, the Tire Yard, sex, and beer are the best ways to pass the days until they turn eighteen and can leave town entirely. Her best friends, Win and Rainbolene, late arrivals to Rosary, are particularly keen to depart—Rain because she’ll finally be able to get the hormones she needs to fully become herself. Watching over them is Aunt Bev, an outcast like the kids, who runs the barely tolerated Psychic Encounter Shoppe. As time passes, though, tensions build for everyone and threats against the Psychic Encounter Shoppe become serious actions. In Tupelo Hassman's gods with a little g, these flawed, lovable characters discover aspects of each other's hearts that reshape how they think about trust and family, and how to make a future you can see.

gods with a little g: A Novel (Hardcover)

"Triumphant . . . as heartwarming as it is beautifully written." —Michael Schaub, NPR

From the acclaimed author of Girlchild, this gritty, irreverent novel sees a young misfit grow into hope

The Heart Is Deceitful Above All Things: Stories (Paperback)

With a new foreword by Jeff Feuerzeig

A timely reissue of the extraordinary stories by JT LeRoy/Laura Albert that won international acclaim, to be timed with the theatrical release of the documentary Author: The JT LeRoy Story.

Featuring a foreword by Billy Corgan

A reissue of the national bestselling novel by JT LeRoy/Laura Albert—published to coincide with the new Jeff Feuerzeig documentary: Author: The JT LeRoy Story, which will have a theatrical release in July 2016.