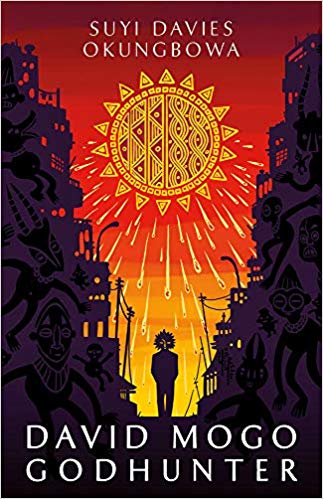 “A number of books have been termed ‘godpunk,’ but Suyi Davies Okungbowa’s novel may be the subgenre’s platonic deific ideal, from its title to its plot to its terse but vivid prose… Assured and arch, unsettling and thoroughly enjoyable—an auspicious debut from one of the most promising new voices in the growing coterie of African SFF writers.” ~ WIRED

"Vivid, visceral and with a strength of the voice that  just pulls me right in. The god-littered world of  David Mogo’s Lagos just won’t let go." ~ Jeannette Ng, author of Under the Pendulum Sun

"A fantastic adventure of gods and mortals—highly recommended." ~ Tasha Suri, author of Empire of Sand

LAGOS WILL NOT BE DESTROYED

The gods have fallen to earth in their thousands, and chaos reigns.

Though broken and leaderless, the city endures.

David Mogo, demigod and godhunter, has one task: capture two of the most powerful gods in the city and deliver them to the wizard gangster Lukmon Ajala.

Since the Orisha War that rained thousands of deities down on the streets of Lagos, David Mogo, demigod, scours Eko's dank underbelly for a living wage as a freelance Godhunter. Despite pulling his biggest feat yet by capturing a high god for a renowned Eko wizard, David knows his job's bad luck.

Like a Mule Bringing Ice Cream to the Sun (Paperback)

Dr. Morayo Da Silva is one of the most memorable characters you are likely to encounter on the page - intelligent, indomitable, author and survivor of a large life. In dreamlike prose, Manyika dips in and out of her present, her past, in a story that argues always for generosity, for connection, for a vigorous and joyful endurance.