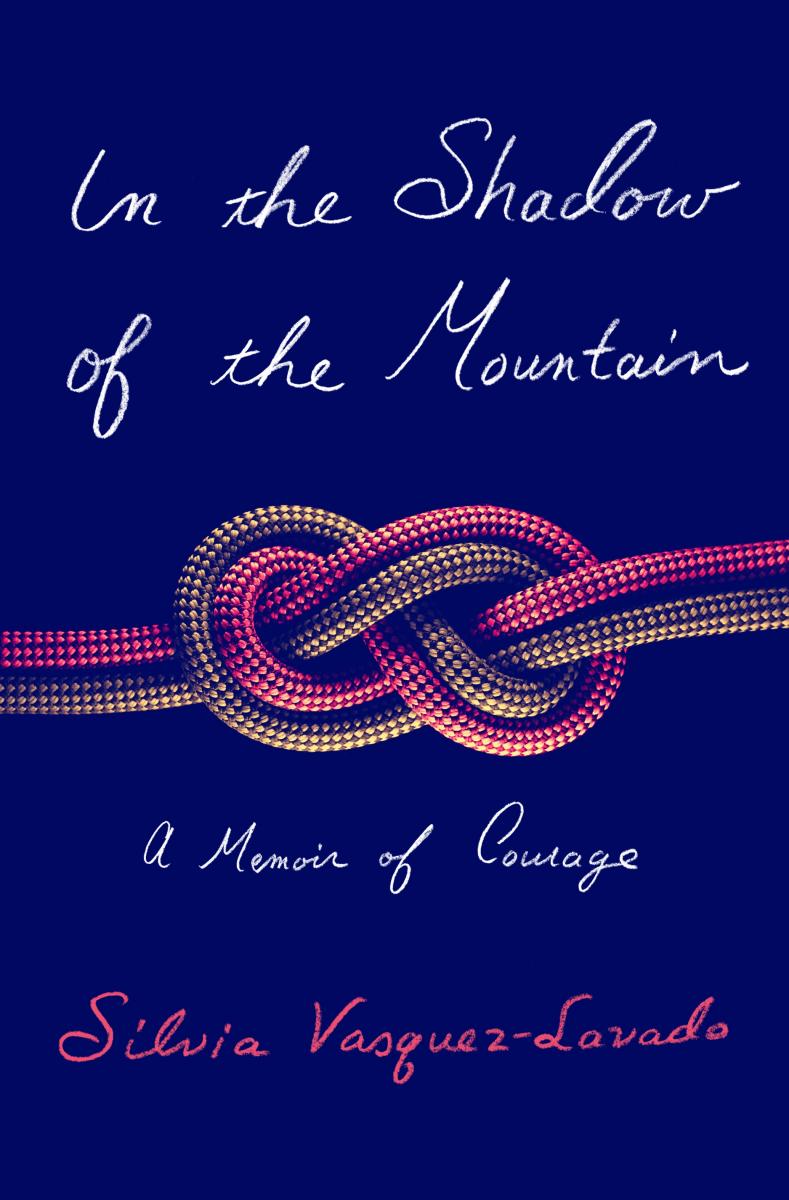 Join us on Thursday, February 24 at 7pm PT when Silvia Vasquez-Lavado celebrates the release of her memoir, In the Shadow of the Mountain, with Rebecca Handler at 9th Ave!

Or register here to watch this event online

Praise for In the Shadow of the Mountain
"Silvia Vasquez-Lavado is a warrior. Her incredibly warm voice reveals how she rose from the darkest moments of her life to become an inspiration and advocate for others. This book is a testament to the power of extraordinary vulnerability, empathy, and selflessness and a reaffirmation of the healing that comes from building a community. I'm in awe of her strength and courage that she has captured so beautifully in this memoir."
—Selena Gomez

“Silvia Vasquez-Lavado is a woman possessed of uncommon strength, rare compassion, and a ferocious stubbornness to not allow the trauma of her childhood to destroy her life. In climbing the Seven Summits, she did nothing less than take back her own life—one brave step at a time. She will inspire untold numbers of souls with this story, for her victory is a win on behalf of all of us.” —Elizabeth Gilbert

About In the Shadow of the Mountain
When Silvia’s mother called her home to Peru, she knew something finally had to give. A Latinx hero in the elite macho tech world of Silicon Valley, privately, she was hanging by a thread. She was deep in the throes of alcoholism, hiding her sexuality from her family, and repressing the abuse she’d suffered as a child.

Her visit to Peru would become a turning point in her life. Silvia started climbing. Something about the brute force required for the ascent—the restricted oxygen at altitude, the vast expanse of emptiness around her, the risk and spirit and sheer size of the mountains, the nearness of death—woke her up. And then, she took her biggest pain to the biggest mountain: Everest. “The Mother of the World,” as it’s known in Nepal, allows few to reach her summit, but Silvia didn’t go alone. She gathered a group of young female survivors and led them to base camp alongside her, their strength and community propelling her forward.

In the Shadow of the Mountain is a remarkable story of heroism, one which awakens in all of us a lust for adventure, gratitude for the strong women in our lives, and faith in our own resilience.

About Silvia Vasquez-Lavado
Silvia Vasquez-Lavado is a humanitarian, mountaineer, explorer, social entrepreneur, and technologist living in San Francisco. In 2014, she launched Courageous Girls, a nonprofit that helps survivors of sexual abuse and trafficking with opportunities to find inner strength and cultivate their voices by demonstrating their physical strength. Courageous Girls has had projects in Nepal, India, the United States, and Peru. Vasquez-Lavado was recognized by Fortune magazine as one of the Corporate Heroes of 2015. CNET named her one of the 20 Most Influential Latinos in Silicon Valley. She has also been recognized by the Peruvian government as one of the “Marca Peru” ambassadors (country brand ambassadors). She is a member of the Explorers Club and one of the few women in the world to complete the Seven Summits.

About Rebecca Handler
Rebecca Handler is a writer who lives and works in San Francisco. Rebecca’s stories have been published and awarded in several anthologies, and she blogs regularly at www.onewomanparty.com. Edie Richter is Not Alone, her debut novel, was published by Unnamed Press in March 2021, received a Kirkus Starred Review, and was longlisted for the Center for Fiction First Novel Prize. Rebecca was recently awarded a MacDowell fellowship and looks forward to spending the month of April in the woods in New Hampshire, writing her second novel.

In the Shadow of the Mountain: A Memoir of Courage (Hardcover)

“In climbing the Seven Summits, Silvia Vasquez-Lavado did nothing less than take back her own life—one brave step at a time. She will inspire untold numbers of souls with this story, for her victory is a win on behalf of all of us.”—Elizabeth Gilbert

Edie Richter Is Not Alone (Hardcover)

"Oh how I love this book. I finished Edie Richter Is Not Alone in one sitting, then reread it immediately. Hilariously heartbreakingly honest on every page, Rebecca Handler's novel is that rare thing: a perfect book." --Andrew Sean Greer, Pulitzer Prize-winning author of Less