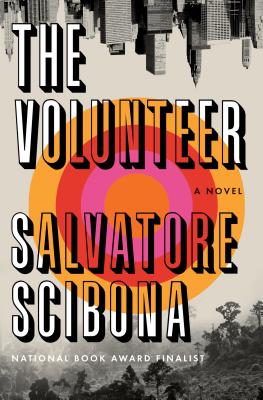 Praise for The Volunteer

“Salvatore Scibona is gravely, terminally, a born writer—a high artist and exquisite craftsman. Yes his sentences are perfect but not merely; a surplus of dark and tender wisdom, who knows its source, makes his language—and the world—glow with meaning.”  —Rachel Kushner, author of The Mars Room

“Salvatore Scibona couldn’t write poorly if he tried. The Volunteer is a wonder right from page one, lovely in its language and aching in its insights. Denis Johnson’s Tree of Life is a blood relative but this novel is a triumph all Scibona’s own.” —Victor LaValle, author of The Changeling

“This magnificent and deeply moving novel by Salvatore Scibona, one of our most masterful writers, has at its heart the simple and compelling tale of a small boy abandoned in a foreign airport and a mysterious ‘volunteer’ who all his life, without knowing it, is trying to find him. In stunningly inventive prose, Scibona models the world through which these two beautifully drawn lost souls stumble—an infinitely-interconnected and repeating fractal of airplane routes and inscrutable tongues, of arbitrary hubs and meaningless destinations, of escapes and hideouts, of swarming megalopoli improbably wired to pitiful ghost towns such as only America can hide in its empty middle. All this under the crosshatched shadow of the military, for Scibona’s portrait of the way we live now is also, necessarily, a novel about war. The Volunteer is so brave, tough and admirable you are on his side before you recognize what you are looking at. He is the good soldier, the man who fights America’s wars.” —Jaimy Gordon, National Book Award-winning author of Lord of Misrule

“Salvatore Scibona is a virtuoso and The Volunteer is a majestic, magnificent, frankly epic work of art. Characters with the most modest, vulnerable lives transform from 'nobodies' into full, precious human souls, steeped in pathos, tragedy, and a seemingly unstoppable heritage of particularly American violence. What tenderness and love they manage to wrest from their lives becomes nothing less than heroic and starkly, luminously beautiful.” —Paul Harding, Pulitzer Prize-winning author of Tinkers

A long-awaited new novel from a National Book Award Finalist, the epic story of a restless young man who is captured during the Vietnam War and pressed into service for a clandestine branch of the United States government

A small boy speaking an unknown language is abandoned by his father at an international airport, with only the clothes on his back and a handful of money jammed in the pocket of his coat. So begins The Volunteer. But in order to understand this heartbreaking and indefensible decision, the story must return to the moment, decades earlier, when a young man named Vollie Frade, almost on a whim, enlists in the United States Marine Corps to fight in Vietnam. Breaking definitively from his rural Iowan parents, Vollie puts in motion an unimaginable chain of events, which sees him go to work for insidious people with intentions he cannot yet grasp. From the Cambodian jungle, to a flophouse in Queens, to a commune in New Mexico, Vollie's path traces a secret history of life on the margins of America, culminating with an inevitable and terrible reckoning.

With intense feeling, uncommon erudition, and bracing style, Scibona offers at once a pensive exploration of how we are capable of both inventing and discovering our true families and a lacerating interrogation of institutional power at its most commanding and terrifying. An odyssey of loss and salvation ranging across four generations of fathers and sons, The Volunteer is a triumph in the grandest traditions of American storytelling.

The Volunteer: A Novel (Hardcover)

"All of it — all of it — is just so ridiculously beautiful." – Jason Sheehan, NPR.org

"The rewards are enormous. This is a spectacular work of fiction." – San Francisco Chronicle