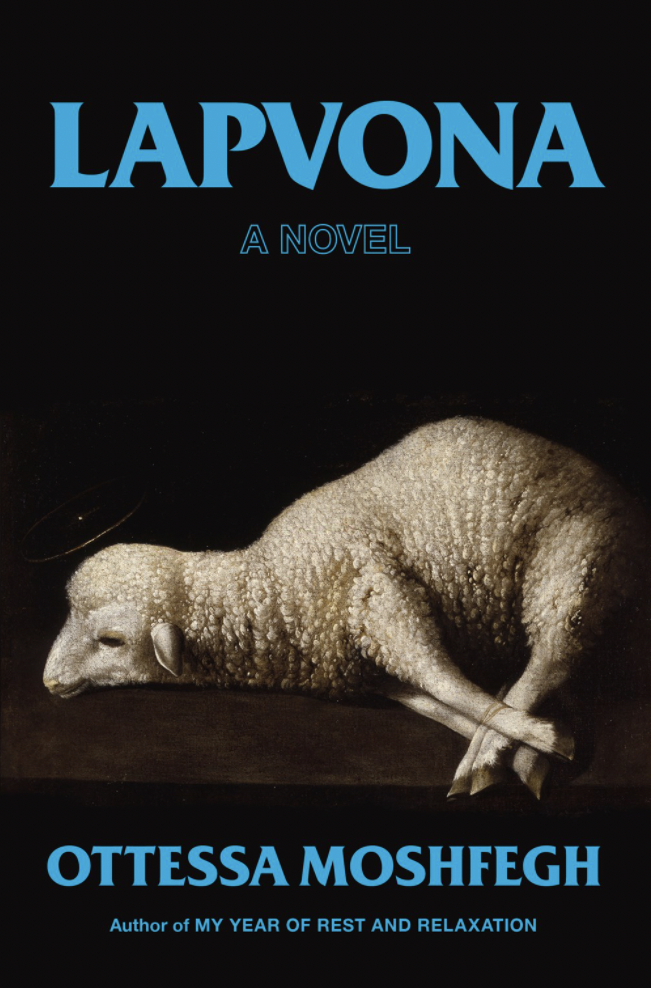 Join us on Tuesday, June 28 at 7pm PT when Ottessa Moshfegh celebrates her latest novel, Lapvona, with Stephen Sparks at 9th Ave!

Masks or Proof of Vaccination Required for In-Person Attendance

Or watch online by registering at the link below
https://us02web.zoom.us/webinar/register/WN_taHZDeO9Qsev5T2J9ycTGQ

About Lapvona
In a village buffeted by natural disasters, a motherless shepherd boy finds himself part of a power struggle that puts the community’s faith to a savage test, in a spellbinding novel that represents Ottessa Moshfegh’s most exciting leap yet.

Little Marek, the abused and delusional son of the village shepherd, never knew his mother—his father told him she died in childbirth. One of Marek’s few consolations is his enduring bond with the blind village midwife, Ina, who suckled him when he was a baby, as she did many of the village’s children. Ina’s gifts extend beyond childcare: for some people, her ability to receive transmissions of sacred knowledge from the natural world is a godsend. For others, Ina’s home in the woods outside of the village is a place to fear and to avoid, a godless place.

Among the villagers is Father Barnabas, the town priest and lackey for the depraved lord and governor, Villiam, whose hilltop manor contains a secret embarrassment of riches. The people’s desperate need to believe that there are powers that be who have their best interests at heart is put to a cruel test by Villiam and the priest, especially in this year of record drought and famine. But when fate brings Marek into violent proximity to the lord’s family, new and occult forces arise to upset the old order. By year’s end, the veil between blindness and sight, life and death, the natural world and the spirit world, will prove to be very thin indeed.

About Ottessa Moshfegh
Ottessa Moshfegh is a fiction writer from New England. Eileen, her first novel, was shortlisted for the National Book Critics Circle Award and the Man Booker Prize, and won the PEN/Hemingway Award for debut fiction. My Year of Rest and Relaxation and Death in Her Hands, her second and third novels, were New York Times bestsellers. She is also the author of the short story collection Homesick for Another World and a novella, McGlue. She lives in Southern California.

“Lapvona flips all the conventions of familial and parental relations, putting hatred where love should be or a negotiation where grief should be . . .

My Year of Rest and Relaxation: A Novel (Paperback)

Death in Her Hands: A Novel (Large Print / Paperback)

"[An] intricate and unsettling new novel . . . Death in Her Hands is not a murder mystery, nor is it really a story about self-deception or the perils of escapism. Rather, it's a haunting meditation on the nature and meaning of art."
-Kevin Power, The New Yorker