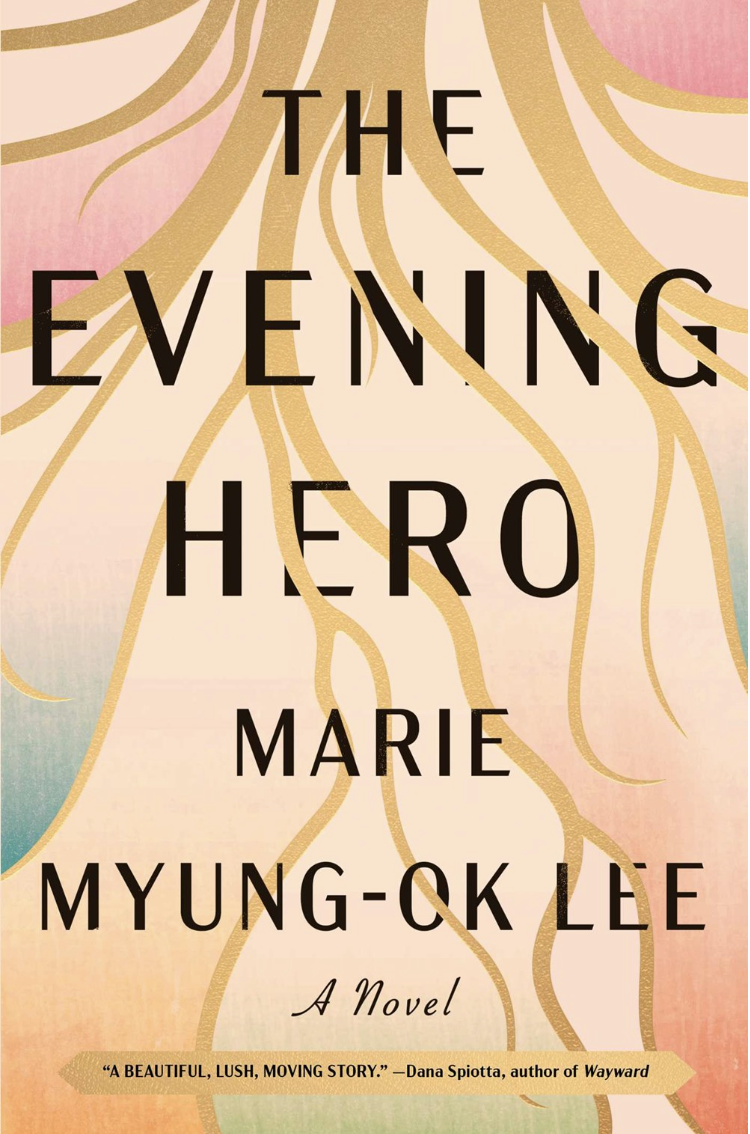 Join us on Monday, August 15 at 7pm PT when Marie Myung-Ok Lee celebrates The Evening Hero with Nancy Jooyoun Kim at 9th Ave!

Or watch online by registering at the link below
https://us02web.zoom.us/webinar/register/WN_c-fIWx66TnOY10q3gdGhMw

Praise for The Evening Hero
“Marie Myung-Ok Lee's The Evening Hero is a poignant story of a Korean immigrant father's heartbreaking belief in the myth of this country, capitalism, meritocracy and his disillusionment. By turns satirical and profound, The Evening Hero is a moving and captivating read.” —CATHY PARK HONG, New York Times bestselling author of Minor Feelings

"The Evening Hero is at once a hilarious, lacerating look at the American for-profit healthcare system and a profoundly moving examination of the long-term effects of war, trauma, and displacement on individuals, families, and cultures. I will never forget Marie Myung-Ok Lee’s evening hero, Dr. Yungman Kwak." —ANN PACKER, New York Times bestselling author of The Children’s Crusade

"The Evening Hero is an incredible achievement, a finely observed portrait of a man and the constant accrual of the past, the weight of family, of identity, of money, of home. Marie Myung-Ok Lee writes with such spirit and clarity, but it all resonates because of her skill with humor and the inevitable darkness brought on by the absurdity of the world. A brilliant book." —KEVIN WILSON, bestselling author of The Family Fang and Nothing to See Here

About The Evening Hero
A sweeping, lyrical novel following a Korean immigrant pursuing the American dream who must confront the secrets of the past or risk watching the world he’s worked so hard to build come crumbling down.

Dr. Yungman Kwak is in the twilight of his life. Every day for the last fifty years, he has brushed his teeth, slipped on his shoes, and headed to Horse Breath’s General Hospital, where, as an obstetrician, he treats the women and babies of the small rural Minnesota town he chose to call home.

This was the life he longed for. The so-called American dream. He immigrated from Korea after the Korean War, forced to leave his family, ancestors, village, and all that he knew behind. But his life is built on a lie. And one day, a letter arrives that threatens to expose it.

Yungman’s life is thrown into chaos—the hospital abruptly closes, his wife refuses to spend time with him, and his son is busy investing in a struggling health start-up. Yungman faces a choice—he must choose to hide his secret from his family and friends or confess and potentially lose all he’s built. He begins to question the very assumptions on which his life is built—the so-called American dream, with the abject failure of its healthcare system, patient and neighbors who perpetuate racism, a town flawed with infrastructure, and a history that doesn’t see him in it.

Toggling between the past and the present, Korea and America, Evening Hero is a sweeping, moving, darkly comic novel about a man looking back at his life and asking big questions about what is lost and what is gained when immigrants leave home for new shores.

About Marie Myung-Ok Lee
Marie Myung-Ok Lee is an acclaimed Korean American writer and author of the young adult novel Finding my Voice, thought to be one of the first contemporary-set Asian American YA novels. She is one of a handful of American journalists who have been granted a visa to North Korea since the Korean War. She was the first Fulbright Scholar to Korea in creative writing and has received many honors for her work, including an O. Henry honorable mention, the Best Book Award from the Friends of American Writers, and a New York Foundation for the Arts fiction fellowship. Her stories and essays have been published in The Atlantic, The New York Times, Slate, Salon, Guernica, The Paris Review, The Nation, and The Guardian, among others. Marie is a founder of the Asian American Writers’ Workshop and teaches creative writing at Columbia. She lives in New York City with her family.

A sweeping, lyrical novel following a Korean immigrant pursuing the American dream who must confront the secrets of the past or risk watching the world he’s worked so hard to build come crumbling down.

Dr. Yungman Kwak is in the twilight of his life.

Riveting and unconventional, The Last Story of Mina Lee traces the far-reaching consequences of secrets in the lives of a Korean immigrant mother and her daughter