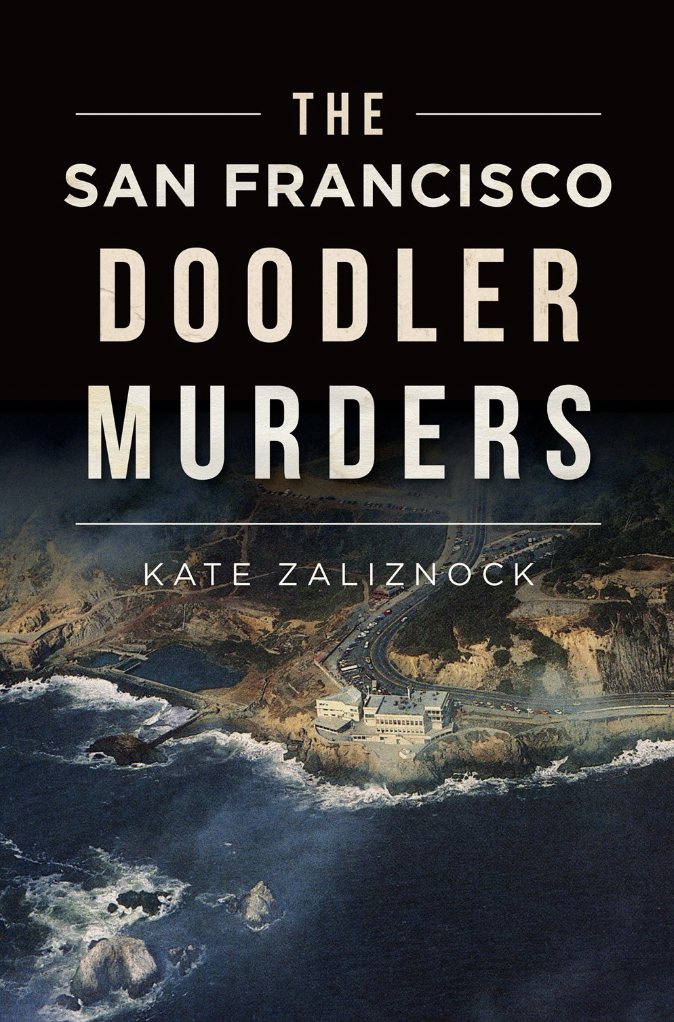 Join us on Tuesday, September 27 at 7pm PT for the launch of Kate Zaliznock's book, The San Francisco Doodler Murders, at 9th Ave!

Or watch online by registering at the link below
https://us02web.zoom.us/webinar/register/WN_32BviXW_T8mwKvFx6ucaHA

About The San Francisco Doodler Murders
In 1974, one of San Francisco's most horrific unsolved serial murder cases began.

In less than two years, the man police called "The Doodler" took at least five lives, terrorized the LGBTQ community, and left three survivors forever changed. Initial reports claimed the murderer didn't approach his victims with the knife he used to kill them, but that the suspect shared skilled drawings--sketches of faces and animals--before leaving a string of gay men to bleed out on the sands of Ocean Beach. Police investigations and activist efforts to uncover the killer led to several suspects, but no definitive identification of the artist of death.

About Kate Zaliznock
Kate Zaliznock is a Bay Area-based writer and editor. Her past work has covered a wide range of topics, including music, history, science, pop culture and politics. She is also the founder of Open Color, an arts collective and magazine that features both emerging and established artists from around the globe. This is her first book on true crime.

In 1974, one of San Francisco's most horrific unsolved serial murder cases began.