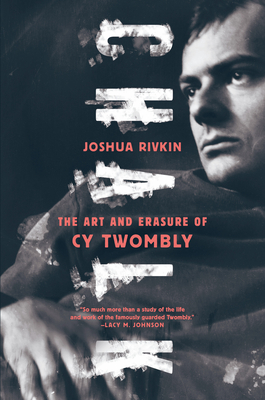 “Reviled when young, revered when old, the elusive Twombly surprisingly emerges in this fascinating biography, which traces the difficulties of tracking down the man as thoroughly as it fills in the blurred, half-erased likeness. This is the record of a heroic journey of discovery.” —acclaimed author and memoirist Edmund White

“Joshua Rivkin’s sensitive eye and investigative ambition expand and enrich our understanding of Cy Twombly's genius in this tenderly rendered biography.”—Rachel Corbett, author of You Must Change Your Life

“So much more than a study of the life and work of the famously guarded Twombly. At once candid and tender, meditative and unsparing . . . this book is a gift to Twombly devotees and newcomers alike—as imbued with beauty, genius, and vitality as the artist’s work that is its subject.” —Lacy Johnson, author of The Other Side

The first book to explore the life and work of painter Cy Twombly, one of the most important and influential artists of the Twentieth Century

Cy Twombly was a man obsessed with myth and history—including his own. Shuttling between stunning homes in Italy and the United States where he perfected his room-size canvases, he managed his public image carefully and rarely gave interviews.

Upon first seeing Twombly’s remarkable paintings, writer Joshua Rivkin became obsessed himself with the mysterious artist, and began chasing every lead, big or small—anything that might illuminate those works, or who Twombly really was.

Now, after unprecedented archival research and years of interviews, Rivkin has reconstructed Twombly’s life, from his time at the legendary Black Mountain College to his canonization in a 1994 MoMA retrospective; from his heady explorations of Rome in the 1950s with Robert Rauschenberg to the ongoing efforts to shape his legacy after his death.

Including previously unpublished photographs, Chalk presents a more personal and searching type of biography than we’ve ever encountered, and brings to life a more complex Twombly than we’ve ever known.

Chalk: The Art and Erasure of Cy Twombly (Hardcover)

"The most substantive biography of the artist to date...propulsive, positive and persuasive."—Holland Cotter, New York Times Book Review

The Incendiaries: A Novel (Hardcover)

"Religion, politics, and love collide in this slim but powerful novel reminiscent of Donna Tartt's The Secret History, with menace and mystery lurking in every corner." --People Magazine