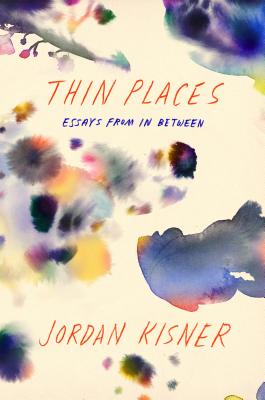 “Jordan Kisner’s essays are like intricate tattoos: etched with a sharp and exacting blade of intellect, but made of flesh; richly drawn in their details; comprised of equal parts pleasure and pain. Like tattoos, their natural habitat is that strange borderland where our skin meets the world—where we confront our edges, or everything we can’t keep out. Always, and thrillingly, they look inward and outward with exacting grace." —Leslie Jamison, author of The Empathy Exams

"Jordan Kisner’s essays are a bewitchingly original and highly personal synthesis of incisiveness, gracefulness, thoughtfulness, and selflessness. She is an intellectual empath with the deepest moral instincts and a willingness to consider herself alongside her subjects, as a person no more or less worthy of attention. Her work gives me the feeling that I’m being told an urgent secret about humanity that is meant to be savored, then shared." —Heidi Julavits, author of The Folded Clock

"Jordan Kisner is a pilgrim for our times. She ventures into the operating room where a surgeon inserts an electrode into a patient’s brain. She mingles with the debutantes of Laredo, Texas as they navigate the fraught space between Wasp and Hispanic privilege. Wherever she is, Kisner probes the ambiguities that we live and dream, exploring the spaces where, in her words, 'Distinctions between you and not-you, real and and unworldly, fall away.' She is a tender but fierce writer; rigorous and wise." —Margo Jefferson, author of Negroland: A Memoir

When Jordan Kisner was a child, she was saved by Jesus Christ at summer camp, much to the confusion of her nonreligious family. She was, she writes, “just naturally reverent,” a fact that didn’t change when she—much to her own confusion—lost her faith as a teenager. Not sure why her religious conviction had come or where it had gone, she did what anyone would do: “You go about the great American work of assigning yourself to other gods: yoga, talk radio, neoatheism, CrossFit, cleanses, football, the academy, the American Dream, Beyoncé.”

A curiosity about the subtle systems guiding contemporary life pervades Kisner’s work. Her celebrated essay “Thin Places” (Best American Essays 2016), about an experimental neurosurgery developed to treat severe obsessive-compulsive disorder, asks how putting the neural touchpoint of the soul on a pacemaker may collide science and psychology with philosophical questions about illness, the limits of the self, and spiritual transformation. How should she understand the appearance of her own obsessive compulsive disorder at the very age she lost her faith?

Intellectually curious and emotionally engaging, the essays in Thin Places manage to be both intimate and expansive, illuminating an unusual facet of American life, as well as how it reverberates with the author’s past and present.

Thin Places: Essays from In Between (Hardcover)