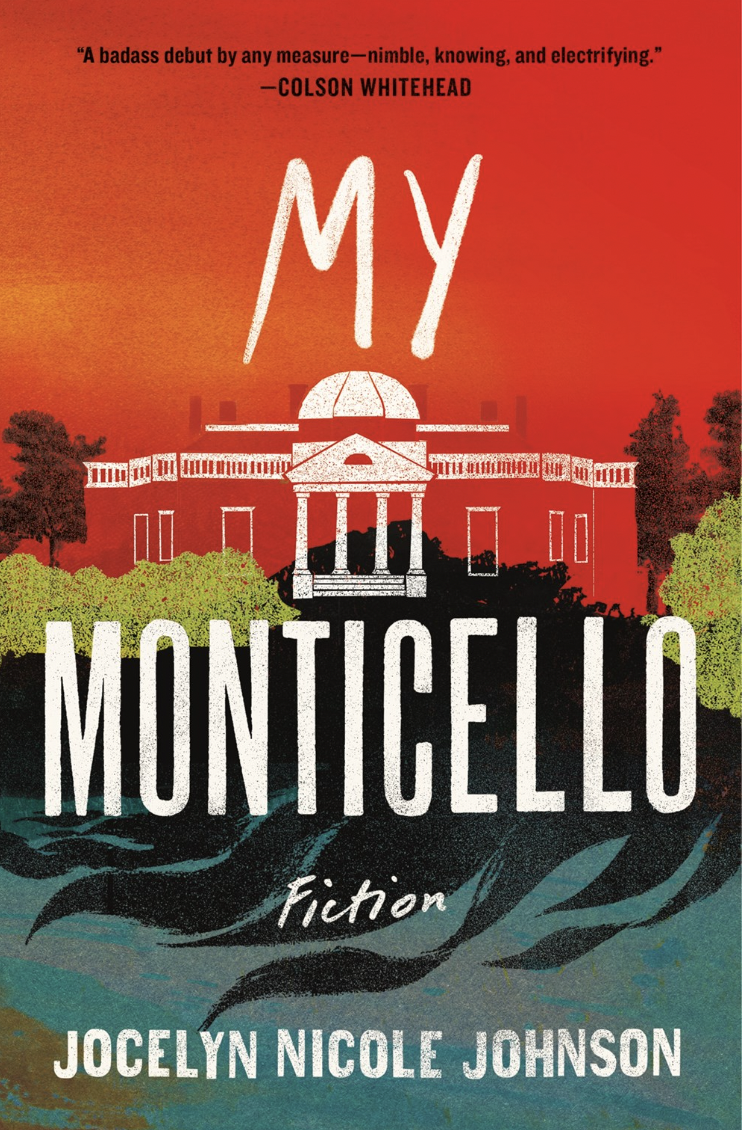 Join us on Thursday, September 22 at 7pm PT when Jocelyn Nicole Johnson reads from and discusses her book, My Monticello, with Carolina De Robertis at 9th Ave!

Or watch online by registering at the link below
https://us02web.zoom.us/webinar/register/WN_B4msZyc0RXqm4B7j_6ytrg

Praise for My Monticello
“It is a rare breed of writer who can tell any kind of story and do so with exquisite deftness. Jocelyn Nicole Johnson is one such writer. Her debut collection, My Monticello, is comprised of six stories of astonishing range and each one explores what it means to live in a world that is at once home and not. She dissects the unbearable burdens of such displacement. The crowning glory of this collection is the title story, a novella about a world that has fallen apart and a small band of people who take refuge in Monticello, among the old ghosts of the former plantation, how they become family, and how they try to make a stand for their lives, for the world the way it once was. This collection is absolutely unforgettable and Johnson's prose soars to remarkable heights.”—Roxane Gay, New York Times bestselling author of Hunger and Ayiti

"My Monticello is a gorgeous, devastating collection of stories spotlighting the ways a life, a country, and a planet can tend toward disaster but still be worth fighting for. Johnson’s stories exquisitely balance the interior and the exterior: the world of inequalities and disappointments stacked against her characters is illuminated by their full and compelling desires, and by her honest exploration of the major and minor cruelties survival requires. This is a stunning debut by a brilliant and original new voice."—Danielle Evans, author of The Office of Historical Corrections

“There is a special pleasure in discovering a voice that is vital and unlike anything else you’ve known before. Jocelyn Nicole Johnson is such a voice. One that is necessary and brimming with both heart and imagination, Johnson’s My Monticello is a beautiful debut work of art.”—Nana Kwame Adjei-Brenyah, New York Times bestselling author of Friday Black

About My Monticello
A young woman descended from Thomas Jefferson and Sally Hemings driven from her neighborhood by a white militia. A university professor studying racism by conducting a secret social experiment on his own son. A single mother desperate to buy her first home even as the world hurtles toward catastrophe. Each fighting to survive in America.

Tough-minded, vulnerable, and brave, Jocelyn Nicole Johnson’s precisely imagined debut explores burdened inheritances and extraordinary pursuits of belonging. Set in the near future, the eponymous novella, “My Monticello,” tells of a diverse group of Charlottesville neighbors fleeing violent white supremacists. Led by Da’Naisha, a young Black descendant of Thomas Jefferson and Sally Hemings, they seek refuge in Jefferson’s historic plantation home in a desperate attempt to outlive the long-foretold racial and environmental unravelling within the nation.

In “Control Negro,” hailed by Roxane Gay as “one hell of story,” a university professor devotes himself to the study of racism and the development of ACMs (average American Caucasian males) by clinically observing his own son from birth in order to “painstakingly mark the route of this Black child too, one whom I could prove was so strikingly decent and true that America could not find fault in him unless we as a nation had projected it there.” Johnson’s characters all seek out home as a place and an internal state, whether in the form of a Nigerian widower who immigrates to a meager existence in the city of Alexandria, finding himself adrift; a young mixed-race woman who adopts a new tongue and name to escape the landscapes of rural Virginia and her family; or a single mother who seeks salvation through “Buying a House Ahead of the Apocalypse.”

United by these characters’ relentless struggles against reality and fate, My Monticello is a formidable book that bears witness to this country’s legacies and announces the arrival of a wildly original new voice in American fiction.

About Carolina De Robertis
Carolina De Robertis is the author of five novels, including The President of the Frog, a finalist for the PEN/Faulkner Award and the PEN/Jean Stein Book Award, as well as Cantoras, winner of a Stonewall Book Award and a Reading Women Award, and a finalist for the Kirkus Prize and a Lambda Literary Award. Her work has been translated into seventeen languages and she has received a National Endowment for the Arts Fellowship, a Baldwin-Emerson Fellowship, Italy’s Rhegium Julii Prize, and numerous other honors. An author of Uruguayan origins, she teaches at San Francisco State University, and lives in Oakland, California, with her wife and two children.

“A badass debut by any measure—nimble, knowing, and electrifying.” —Colson Whitehead, Pulitzer Prize-winning author of The Nickel Boys and Harlem Shuffle

“A badass debut by any measure—nimble, knowing, and electrifying.” —Colson Whitehead, Pulitzer Prize-winning author of The Nickel Boys and Harlem Shuffle

The President and the Frog: A novel (Hardcover)

A "sublime and gripping novel ... about hope: that within the world's messy pain there is still room for transformation and healing" (Madeline Miller, New York Times bestselling author of Circe), from the acclaimed author of Cantoras.