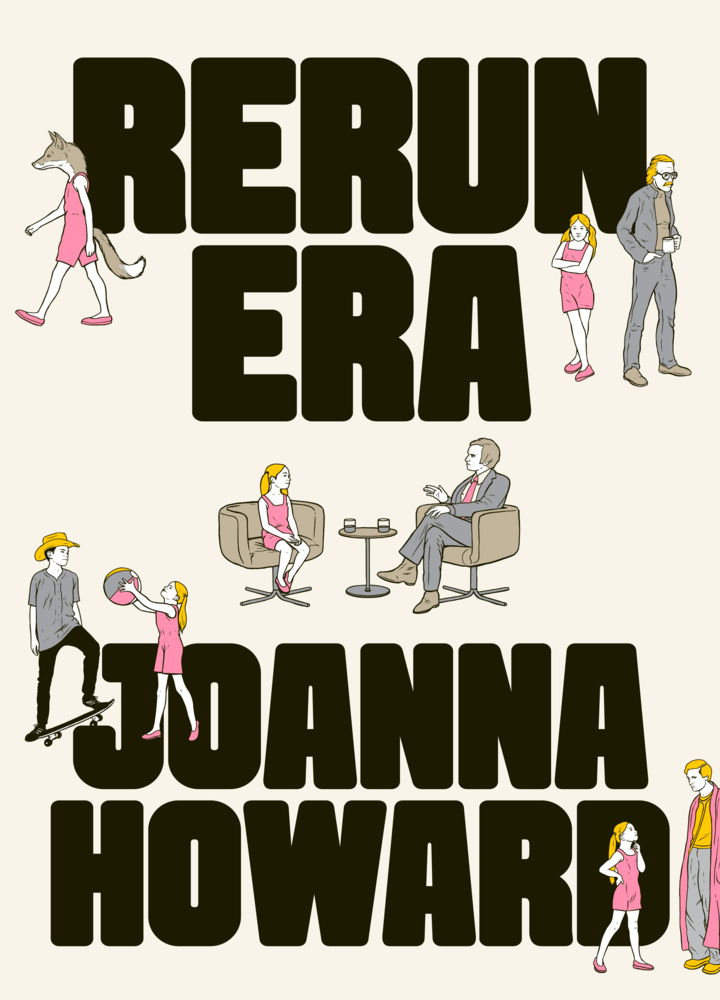 ”Rerun Era is both a romp and a deep dive through a late-70s-and-80s childhood, where many of us were remanded to the television for caretaking, fueled on the intoxicants of processed foods, where the day was vast and sometimes, particularly if you were down south, crushing with heat or emptiness or endless lots of red mud. There is a warm hilarity that moves through this book and a kind of cracking pain that follows. It’s a story of time, family, culture, and subjectivity we all need to read, written with a wild, quiet, and wide intelligence.”—Renee Gladman

“Children are given the gift and burden of feeling the infinite in a single afternoon, an hour, an event—Rerun Era, a wonderfully tactile and intimate book, returns that gift to its readers. Each chapter explodes with the force and shine of fireworks on an unlit night.”—Catherine Lacey

“Joanna Howard has a masterful understanding of the way memory bends time and forms startling new structures from the patterns of good sameness, bad sameness, strange sameness that compose our lives. She tunnels through this sameness to the glorious specificity at its core, so that these swathes of childhood recaptured feel like they belong to me, even though I know that I never witnessed my own life with such penetrating beauty or insight. Rerun Era is startling and new on every page, a book that you will find yourself in, lose yourself in, and long to return to again and again.”—Alexandra Kleeman

Rerun Era is a captivating, propulsive memoir about growing up in the environmentally and economically devastated rural flatlands of Oklahoma, the entwinement of personal memory and the memory of popular culture, and a family thrown into trial by lost love and illness that found common ground in the television. Told from the magnetic perspective of Joanna Howard's past selves from the late '70s and early '80s, Rerun Era circles the fascinating psyches of her part-Cherokee teamster truck-driving father, her women's libber mother, and her skateboarder, rodeo bull-riding teenage brother.

Illuminating to our rural American present, and the way popular culture portrays the rural American past, Rerun Eraperfectly captures the irony of growing up in rural America in the midst of nationalistic fantasies of small town local sheriffs and saloon girls, which manifested the urban cowboy, wild west theme-parks, and The Beverly Hillbillies. Written in stunning, lyric prose, Rerun Era gives humanity, perspective, humor, and depth to an often invisible part of this country, and firmly establishes Howard as an urgent and necessary voice in American letters.

Rerun Era is a captivating, propulsive memoir about growing up in the environmentally and economically devastated rural flatlands of Oklahoma, the entwinement of personal memory and the memory of popular culture, and a family thrown into trial by lost love and illness that found common ground in the television.

Forrest Gander’s first book of poems since his Pulitzer finalist Core Samples from the World: a startling look through loss, grief, and regret into the exquisite nature of intimacy