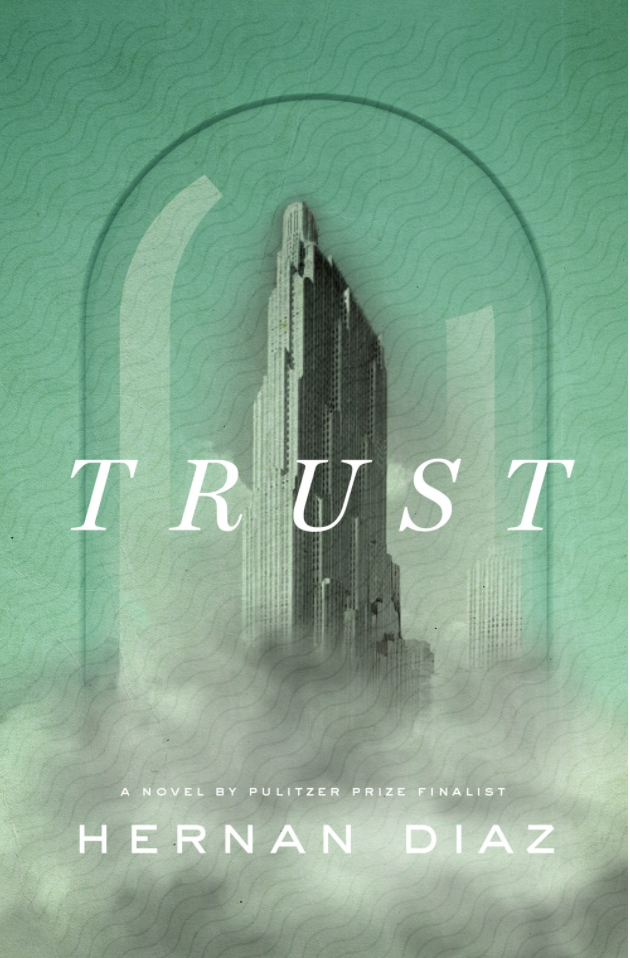 Join us on Wednesday, May 18 at 7pm PT when Hernan Diaz joins us to celebrate his latest novel, Trust, at 9th Ave!

Or watch online by registering at the link below
https://us02web.zoom.us/webinar/register/WN_6PowdWa9RV2TG7UZs1pczg

“Though set in a historical New York, Trust speaks to matters of the most urgent significance to the present day. Money, power, class, marital and filial relations, the roles played by trust and betrayal in human affairs—Diaz’s development of his chosen themes is deeply insightful. Cleverly constructed and rich in surprises, this splendid novel offers serious ideas and serious pleasures on every beautifully composed page.” —Sigrid Nunez, National Book Award–winning author of The Friend

“Hernan Diaz is a narrative genius whose work easily encompasses both a grand scope and the crisp and whiplike line. Trust builds its world and characters with subtle aplomb. What a radiant, profound and moving novel.”—Lauren Groff, New York Times bestselling author of Matrix

About Trust
An unparalleled novel about money, power, intimacy, and perception.

Even through the roar and effervescence of the 1920s, everyone in New York has heard of Benjamin and Helen Rask. He is a legendary Wall Street tycoon; she is the daughter of eccentric aristocrats. Together, they have risen to the very top of a world of seemingly endless wealth—all as a decade of excess and speculation draws to an end. But at what cost have they acquired their immense fortune? This is the mystery at the center of Bonds, a successful 1937 novel that all of New York seems to have read. Yet there are other versions of this tale of privilege and deceit.

Hernan Diaz’s TRUST elegantly puts these competing narratives into conversation with one another—and in tension with the perspective of one woman bent on disentangling fact from fiction. The result is a novel that spans over a century and becomes more exhilarating with each new revelation.

At once an immersive story and a brilliant literary puzzle, TRUST engages the reader in a quest for the truth while confronting the deceptions that often live at the heart of personal relationships, the reality-warping force of capital, and the ease with which power can manipulate facts.

About Hernan Diaz
A finalist for the Pulitzer Prize for fiction and the PEN/Faulkner Award, Hernan Diaz’s work has been translated into more than twenty languages. He is the recipient of a Whiting Award, the winner of the William Saroyan International Prize, and has received a fellowship from the New York Public Library’s Dorothy and Lewis B. Cullman Center for Scholars and Writers. His first novel, In the Distance, was a Publishers Weekly Top 10 Book of the Year and one of Lit Hub’s Top 20 Books of the Decade. He lives in Brooklyn.

“Buzzy and enthralling …A glorious novel about empires and erasures, husbands and wives, staggering fortunes and unspeakable misery…Fun as hell to read.” —Oprah Daily

In the Distance (Paperback)

Finalist for the 2018 Pulitzer Prize for Fiction

A young Swedish immigrant finds himself penniless and alone in California. The boy travels East in search of his brother, moving on foot against the great current of emigrants pushing West.