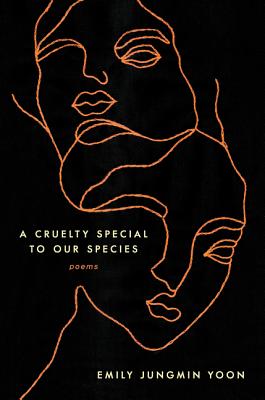 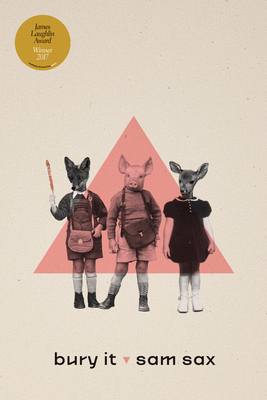 sam sax is a queer, jewish, writer & educator. The author of Madness, winner of The National Poetry Series, and Bury It, winner of the James Laughlin Award from the Academy of American Poets. He’s received fellowships from the National Endowment for the Arts, Lambda Literary, & the MacDowell Colony. He’s the two-time Bay Area Grand Slam Champion with poems in BuzzFeed, The Nation, The New York Times, + other journals. In 2018, he was awarded a Ruth Lilly and Dorothy Sargent Rosenberg Poetry Fellowship from the Poetry Foundation + is currently a Wallace Stegner Fellow at Stanford University.

Monica Sok is a Cambodian American poet and the daughter of former refugees. She is the author of Year Zero, winner of a Poetry Society of America Chapbook Fellowship. Her work has been recognized with a "Discovery" / Boston Review Poetry Prize. Other honors include fellowships from Hedgebrook, The Elizabeth George Foundation, National Endowment for the Arts, Kundiman, The Jerome Foundation, Montalvo Arts Center, MacDowell Colony, Saltonstall Foundation, and others. Currently, Sok is a 2018-2020 Stegner Fellow at Stanford University and a Poet-in-Residence at Banteay Srei in Oakland. Her debut poetry collection is forthcoming from Copper Canyon Press.

Emily Jungmin Yoon is the author of A Cruelty Special to Our Species (Ecco, 2018) and Ordinary Misfortunes (Tupelo Press, 2017), winner of the Sunken Garden Chapbook Prize. Her poems and translations have appeared in The New Yorker, New York Times Magazine, Poetry, and elsewhere. She has received awards and fellowships from the Poetry Foundation, Ploughshares’ Emerging Writer’s Contest, AWP’s WC&C Scholarship Competition, The Home School in Miami, the Aspen Institute, New York University, the University of Chicago, Money for Women/Barbara Deming Memorial Fund, and Sarah Lawrence College Summer Seminar for Writers. She is the Poetry Editor for The Margins, the literary magazine of the Asian American Writers’ Workshop, and a PhD student in Korean literature at the University of Chicago.

About A Cruelty Special To Our Species

In her arresting collection, urgently relevant for our times, poet Emily Jungmin Yoon confronts the histories of sexual violence against women, focusing in particular on Korean so-called “comfort women,” women who were forced into sexual labor in Japanese-occupied territories during World War II.

In wrenching language, A Cruelty Special to Our Species unforgettably describes the brutalities of war and the fear and sorrow of those whose lives and bodies were swept up by a colonizing power, bringing powerful voice to an oppressed group of people whose histories have often been erased and overlooked. “What is a body in a stolen country,” Yoon asks. “What is right in war.”

Moving readers through time, space, and different cultures, and bringing vivid life to the testimonies and confessions of the victims,Yoon takes possession of a painful and shameful history even while unearthing moments of rare beauty in acts of resistance and resilience, and in the instinct to survive and bear witness.

sam sax's bury it, winner of the 2017 James Laughlin Award from the Academy of American Poets, begins with poems written in response to the spate of highly publicized young gay suicides in the summer of 2010. What follows are raw and expertly crafted meditations on death, rituals of passage, translation, desire, diaspora, and personhood. What's at stake is survival itself and the archiving of a lived and lyric history. Laughlin Award judge Tyehimba Jess says "bury it is lit with imagery and purpose that surprises and jolts at every turn. Exuberant, wild, tightly knotted mesmerisms of discovery inhabit each poem in this seethe of hunger and sacred toll of toil. A vitalizing and necessary book of poems that dig hard and lift luminously." In this phenomenal second collection of poems, Sam Sax invites the reader to join him in his interrogation of the bridges we cross, the bridges we burn, and bridges we must leap from.

A Cruelty Special to Our Species: Poems (Hardcover)

sam sax's bury it, winner of the 2017 James Laughlin Award from the Academy of American Poets, begins with poems written in response to the spate of highly publicized young gay suicides in the summer of 2010. What follows are raw and expertly crafted meditations on death, rituals of passage, translation, desire, diaspora, and personhood.