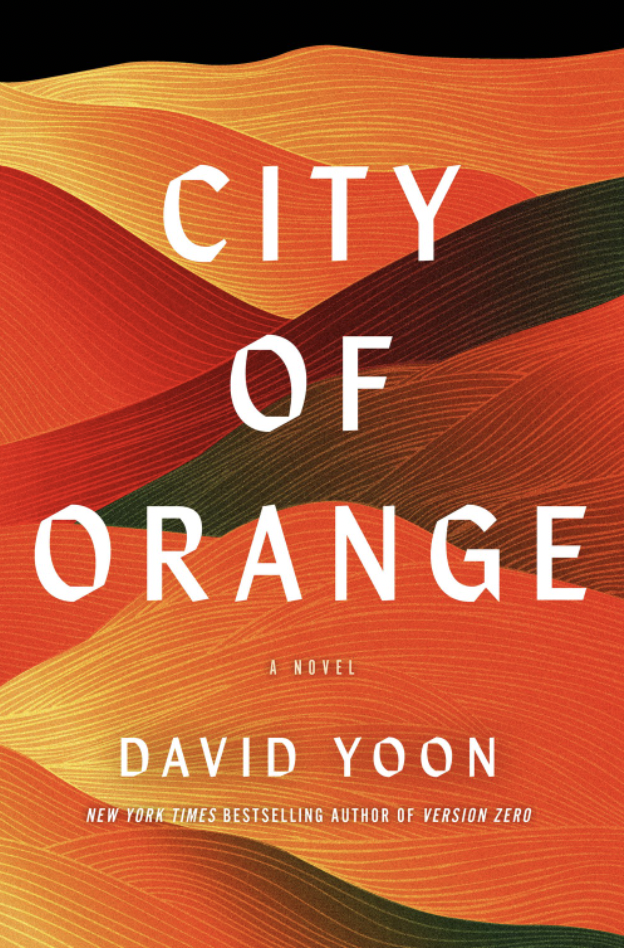 Join us on Wednesday, June 1 at 7pm PT when David Yoon celebrates the release of City of Orange with Tom Lin at 9th Ave!

Or watch online by registering at the link below
https://us02web.zoom.us/webinar/register/WN_we6PyCEKSie4pFZmmy_RsQ

About City of Orange
A man wakes up in an unknown landscape, injured and alone.

He navigates his surroundings, one rough shape at a time. Here lies a pipe, there a reed that could be carved into a weapon, beyond a city he once lived in.

He could swear his daughter’s name began with a J, but what was it, exactly?

Then he encounters an old man, a crow, and a boy—and realizes that nothing is what he thought it was, neither the present nor the past.

He can’t even recall the features of his own face, and wonders: who am I?

Harrowing and haunting but also humorous in the face of the unfathomable, David Yoon’s City of Orange is a novel about reassembling the things that make us who we are, and finding the way home again.

About Tom Lin
Tom Lin was born in China and immigrated to the United States when he was four. A graduate of Pomona College, he is currently in the PhD program at the University of California, Davis. Winner of the 2022 Carnegie Medal for Excellence in Fiction, Finalist for the 2022 NYPL Young Lions Fiction Award, a New York Times Book Review Editors’ Choice selection, and named one of the best books of summer 2021 by the Los Angeles Times, the Wall Street Journal, and Town & Country, The Thousand Crimes of Ming Tsu is his first novel.

A man wakes up in an unknown landscape, injured and alone.

A Chinese American assassin sets out to rescue his kidnapped wife and exact revenge on her abductors in this New York Times Book Review Editors' Choice: a twist on the classic western from "an astonishing new voice" (Jonathan Lethem).