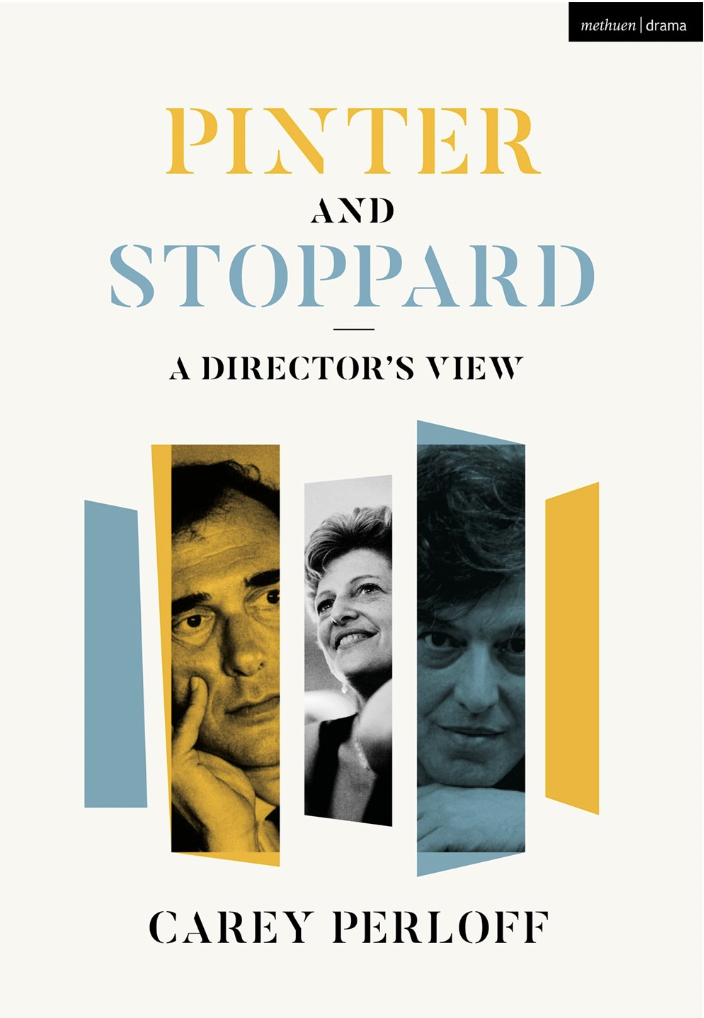 Join us on Monday, June 13 at 7pm PT when Carey Perloff celebrates her book, Pinter and Stoppard: A Director's View, at 9th Ave!

Or watch online by registering at the link below
https://us02web.zoom.us/webinar/register/WN_ErYB3PjoQwqSk5e8iFUMtw

About Pinter and Stoppard
Harold Pinter and Tom Stoppard, by most accounts the leading British playwrights of our time, might seem to come from very different aesthetic, cultural and political worlds.

But as Carey Perloff’s fascinating new book reveals, the two have much in common. By examining these contemporaries alongside one another and in the context of the rehearsal room, we can glean new insights and connections, including the impact of their Jewish background on their work and their passion for the details of stagecraft. Readers of Pinter and Stoppard: A Director’s View will emerge with a set of tools for approaching their work in a performance environment and for unlocking the mysteries of the plays for audiences.
Esteemed theatre director Carey Perloff draws upon her first-hand experience of working with both writers, creating case studies of particular plays in production to provide new ways of positioning the work today. 30 years after major criticism on both playwrights first emerged, this is a ripe moment for a fresh examination of the unique contribution of Pinter and Stoppard in the twenty-first century.

About Carey Perloff
Carey Perloff is former Artistic Director of the American Conservatory Theater in San Francisco, which she led from 1992 -2018. At ACT she staged over 100 productions of classical and contemporary plays, including 11 by Tom Stoppard (2 American premieres) and 6 by Harold Pinter (2 American premieres). Prior to ACT, Perloff ran New York’s Classic Stage Company from 1986- 1992. She has directed at theaters across America including Seattle Rep, La Jolla Playhouse, The Old Globe, the Roundabout and Arena Stage, and across Canada at the Stratford Shakespeare Festival, The Arts Club Vancouver, Theater Calgary and the Shakespeare Company. As a playwright, Perloff’s work has been widely produced. Her publications include Beautiful Chaos: A Life In The Theater (City Lights Press, 2015), awarded the One City One Book “Big Read” Award from the City of San Francisco; Elektra by Ezra Pound with an introduction by Perloff (New Directions 1989), and essays for numerous collections including Pinter at Sixty (Indiana), Directing Beckett (Michigan) and The Pinter Review. Perloff is a contributor to American Theater Magazine , Clyde Fitch Report and other arts and culture publications; she lectures frequently at universities and non-profits (including the Maynard Mack Lecture at Yale and the Phi Beta Kappa Address at Stanford), was recently a Writing Fellow at the Bogliasco Foundation (2018) and has been interviewed widely on radio and television (notably on KQED’s Forum, CBC’s Arts Live, and the Voice of America). Perloff was a Fulbright Fellow at St. Anne’s College, Oxford, holds Honorary Degrees from University of San Francisco and ACT, and was named a Chevalier de l’Ordre des Arts et des Lettres for her contributions to French culture.

Harold Pinter and Tom Stoppard, by most accounts the leading British playwrights of our time, might seem to come from very different aesthetic, cultural and political worlds.