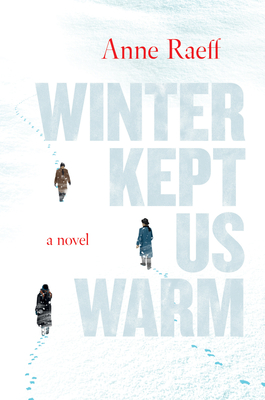 Anne Raeff in conversation with Lori Ostlund about the release of her new novel, Winter Kept Us Warm.

About Winter Kept Us Warm

Ulli is a young woman, half-English and half-German, squatting in a dismal, empty Berlin apartment, one year after the war has ended. She’s scraping together a living as an interpreter between Berlin-based GIs and the wide-eyed local girls eager to meet them. One night, Ulli meets two American soldiers: Leo, handsome and ambitious and desperate to escape his small town upbringing; and intellectual, asthmatic Isaac, whose refugee parents had fled Russia and then Paris for New York.

Winter Kept Us Warm follows Ulli, Leo, and Isaac through the next six decades of their lives—from Berlin to post-war Manhattan, 1960s Los Angeles, and Morocco. A marriage. Two children. And yet, only one parent. At the core of this novel is the mystery of how this came to be; not a chronological narrative, we explore the dark corners and lantern slides of these characters’ lives, revealing in pieces and fragments what became of their long ago love triangle set against the brutality of post-war living.

Winter Kept Us Warm is an evocative story of family, strained by the cruelty of war and its generational repercussions. A novel of the heart, filled to the brim with unforgettable characters stitching together the deep threads of love, friendship, loyalty, and, of course, loss.

The Jungle Around Us: Stories (Flannery O'Connor Award for Short Fiction #17) (Hardcover)

"You'll see how beautiful it is in the morning--jungle all around us," says one of the characters in Anne Raeff's story collection, referring to the way that the jungle that threatens can also provide solace. The jungle in these stories is both metaphorical and real, taking the reader from war-torn Europe to Bolivia and from suburban New Jersey to Vietnam.