Generally Speaking: All 33 Columns, Plus a Few Philatelic Words from Keller (Compact Disc) 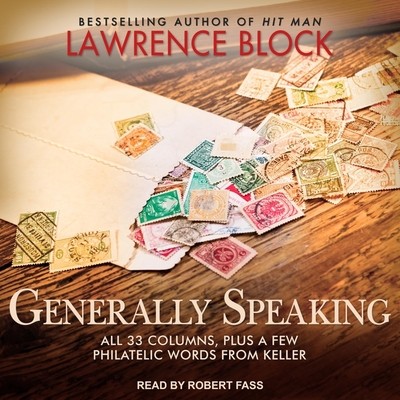 For almost three years, novelist and short-story writer Lawrence Block's monthly column, Generally Speaking, was one of the most popular features in Linn's Stamp News. A general collector of pre-1940 issues, Block had the entire world of stamps as his subject, and he turned in thirty-three columns before he decided it was time to stop. But Keller, the author's fictional character, never lost his enthusiasm for philately. A wistful and introspective killer for hire, Keller rekindled a boyhood passion for stamps at the end of Hit Man, the first of a series of books about him. Like Block, Keller collects the whole world through philately's first century. (How's that for coincidence?) And the nature of his profession gives Keller more discretionary income than Block--and a lot more money to spend on stamps.