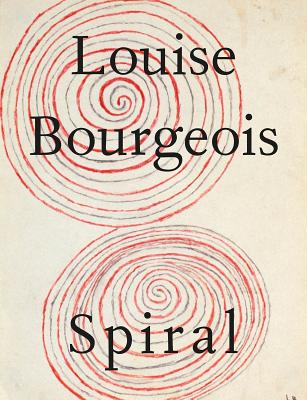 By Louise Bourgeois (Artist)
$50.00
NOT on our shelves now. Usually ships from warehouse in several days.

In materials as diverse as wood, steel, bronze, latex, marble, plaster, resin, hemp, lead, ink, pencil, crayon, woodcut, watercolor and gouache, Louise Bourgeois (1911-2010) investigates every imaginable manifestation of the spiral, from graphic patterns to graphite whorls, wobbly orbits to chiseled vortices, twisted columns to coiling snakes, staircases and pyramids. The cursive blue-paper word drawings also included, in English and French, complement the purely visual works by conveying the spirit of Bourgeois' writing in extraordinary pictorial forms. Bourgeois called the spiral "an attempt at controlling the chaos. It has two directions. Where do you place yourself, at the periphery or at the vortex?" In another context, she has also stated "I would dream of my father's mistress. I would do it in my dreams by wringing her neck. The spiral--I love the spiral--represents control and freedom."