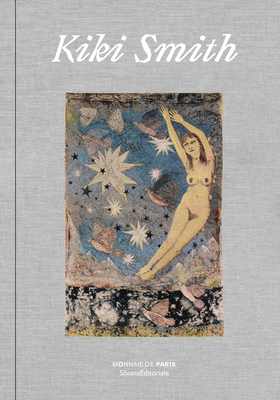 Four decades of Kiki Smith's searing, intimate investigations of the body and the cosmos

One of the most influential American artists of her generation, Kiki Smith has spent four decades probing the experience and significance of the body, its knowledge and its limits. "I always think the whole history of the world is in your body," Smith has said. Working on pieces both very small and monumental, using a huge variety of mediums associated with both the fine and decorative arts--bronze, plaster, glass, porcelain, tapestry, paper and wax, to name a few--Smith has remained anchored in her core explorations of the human condition and the natural world.

Kiki Smith is a survey monograph of exceptional breadth, featuring the artist's work from the 1980s to the present day, from her earliest explorations of the physical body, its organs and its fluids, through to her narrative explorations of biblical figures, fairy tales and folklore. Published to accompany a major retrospective at Monnaie de Paris, the artist's first solo show in a French institution, this volume also pays special attention to the position of Saint Genevieve, the patron saint of Paris, within Smith's personal feminist pantheon. Fully illustrated and beautifully produced, Kiki Smith pays tribute to the artist's urgent, emotionally powerful corpus. Kiki Smith (born 1954) was first exposed to art by watching and helping her father, pioneering minimalist sculptor Tony Smith, make cardboard models for his geometric sculptures. This formalist training constituted an important, if visually surprising, source for the work of the largely self-taught artist, who made her name in the 1980s art scene with her visceral sculptures that explored the physicality of the human body.