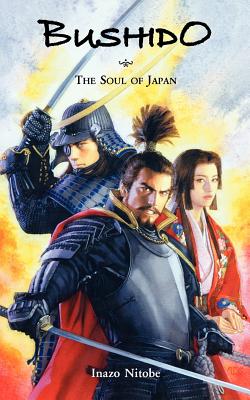 By Inazo Nitobe, Curtis Kennedy (Editor)
Not available to order

Bushido: The Soul of Japan was written in English for a Western audience by Inazo Nitobe, a career diplomat and scholar in his native Japan. First published in 1900, Bushido has enjoyed great popularity ever since, and has been reprinted many times. The current edition, however, is the first to preserve the content and voice of Nitobe's original while bringing the text into the 21st century and including explanations of obscure references.The samurai warriors of Japan have fascinated generations of people worldwide. Simultaneously well-known and misunderstood, the samurai's existence is popularly depicted as one dominated by violence -- a life and death ruled by the sword. But there is much more to this elite class of warriors, and Nitobe thoroughly explores the samurai themselves -- their military traditions, their reverence for the sword, and how they lived their daily lives.Nitobe discusses samurai values and beliefs, and explains how they translated into actions. He explores the lasting influence of Bushido and the samurai, whose legacy is perhaps most obvious to us today in Japanese martial arts. Not only did the samurai refine the technical aspects of the arts, they infused them with the spirit of Zen Buddhism, teaching that the highest mastery was attainable only by becoming one with yourself, your weapon and your opponent.Inazo Nitobe was dedicated to a greater understanding between East and West at a time when Japan 's engagement with the Western world was in its adolescence. Though his primary subject is the moral code upon which the samurai built and wielded their power, Nitobe quickly broadens his scope into an examination of nothing less than what the title of the book suggests -- the soul of Japan itself.New to this edition are a short essay about the author, illustrations showing the samurai in their waning years, and an index.