Dance If Ye Can: A Dictionary of Scottish Battles (Hardcover) 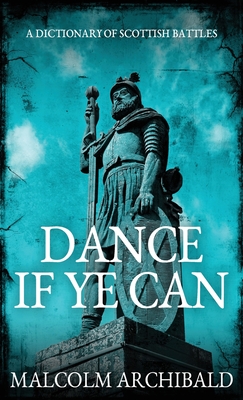 Dance If Ye Can is an introduction to the huge variety of battles fought in Scotland, or fought by the Scots in the nearly nine hundred years when they were an independent nation.

The first part of the book serves as an introduction to Scottish history, while the second section portrays the Scottish soldier throughout history. Part three gives an alphabetical guide and brief notes of the many hundred battles, skirmishes and sieges that pepper the history of Scotland.

Unlike most battle books, Dance If Ye Can does not concentrate solely on the well-known battles. Rather, it gives space to many of the near-forgotten skirmishes and clan battles, as well as the more famous encounters such as Bannockburn and Culloden.

The earliest battles concern the Roman invasion of 83 AD, while the last was the German attack on the Royal Navy in the Firth of Forth in 1939. In between are mentions of the wars against the Norse and the English, with various civil wars and disturbances, the Jacobite Risings and the clan wars of the Borders and Highlands.

The final section is a timeline of Scottish history that brings the book to the post-devolution period in the twenty-first century.﻿