It's A Strange Place, England (Paperback) 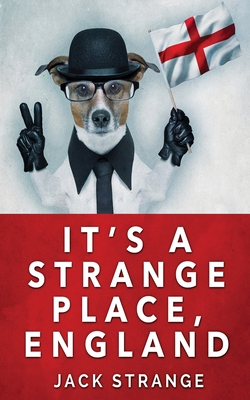 This small book looks at some of the strange things that make England unique, starting with the English language itself and looking at concepts such as sports, ghosts and the English love for eccentricity - like the sportsman who rode his horse naked.

As well as strange people, the book looks at strange places. For example, there is the canal across Southern England that was dug to keep back Bonaparte's hordes in the invasion that never took place. There is also the impressively masculine Cerne Abbas Giant, to which women once flocked when they wished to become pregnant. The mysterious Stonehenge also deserves its part in this book.

Some traditions have not lasted into modern times, such as wife selling, which was once fairly common and strangely, often with the consent of the wife herself.

The book takes a more serious turn when it examines the witch-hunting epidemic of the 17th century. Lightening the mood are the chapters on the so-called Hellfire Club and a look at English dragons. Did they exist?

From Robin Hood to highwaymen and smugglers, English folk tales take some very ruthless people and turn them into heroes that they most certainly were not. We also look at the Morris Dancers and the famous tale of Spring Heeled Jack - who or whatever he may have been.

Finally, there's a cheerful chapter that looks at pubs, which figure prominently in many English tales and are a part of modern culture all over the world today.