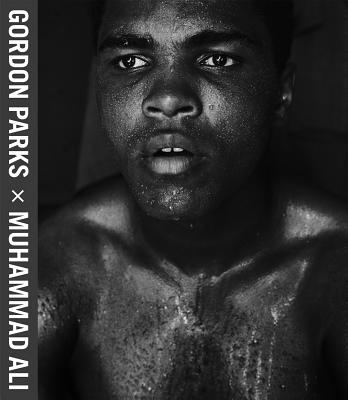 By Gordon Parks (Photographer), Paul Roth (Contribution by), Peter Kunhardt (Foreword by)
$55.00
ON HAND in at least ONE of our stores. Click through or call for up-to-the-minute availability.

In 1966 Life magazine assigned famed photographer Gordon Parks to cover Muhammad Ali, the brash young boxing champion. Four years later in 1970, the two came together again for a second feature story in "The Great American Magazine." These encounters framed a critical passage in the career of the controversial heavyweight, whose antiwar and black separatist views had led to widespread vilification in the United States. They also marked a significant moment of transition for Parks, then following up his remarkable success in photojournalism with new projects as an author, filmmaker and composer.

Collaborating on these two stories, Parks and Ali transcended their routine roles as journalist and athlete to make sense of an epoch and the American struggle against racial inequality, in which both were key players. Parks' intimate perspective on Ali during this crucial period is indispensable to understanding the boxer called "the greatest of all time." This book includes an expansive selection of photographs from Parks' original reportage, many never before published, as well as reproductions of his original stories as they appeared in Life magazine. Gordon Parks was born into poverty and segregation in Fort Scott, Kansas, in 1912. An itinerant laborer, he worked as a brothel pianist and railcar porter, among other jobs, before buying a camera at a pawnshop, training himself, and becoming a photographer. In addition to his storied tenures photographing for the Farm Security Administration (1941-45) and Life magazine (1948-72), Parks evolved into a modern-day Renaissance man, finding success as a film director, writer and composer. The first African American director to helm a major motion picture, he helped launch the blaxploitation genre with his film Shaft (1971). He wrote numerous memoirs, novels and books of poetry, and received many awards and more than 50 honorary degrees. Parks died in 2006.