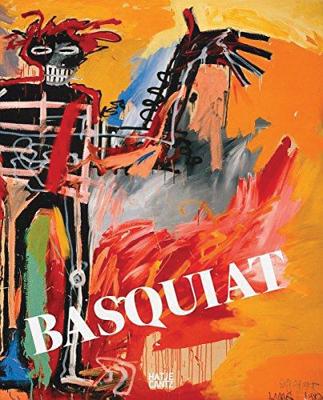 The first African-American artist to attain art superstardom, Jean-Michel Basquiat (1960-1988) created a huge oeuvre of drawings and paintings (Julian Schnabel recalls him once accidentally leaving a portfolio of about 2,000 drawings on a subway car) in the space of just eight years. Through his street roots in graffiti, Basquiat helped to establish new possibilities for figurative and expressionistic painting, breaking the white male stranglehold of Conceptual and Minimal art, and foreshadowing, among other tendencies, Germany's Junge Wilde movement. It was not only Basquiat's art but also the details of his biography that made his name legendary--his early years as "Samo" (his graffiti artist moniker), his friendships with Andy Warhol, Keith Haring and Madonna and his tragically early death from a heroin overdose. This superbly produced retrospective publication assesses Basquiat's luminous career with commentary by, among others, Glenn O'Brien, and 160 color reproductions of the work. Jean-Michel Basquiat was born in Brooklyn, New York, to a Puerto Rican mother and a Haitian father--an ethnic mix that meant young Jean-Michel was fluent in French, Spanish and English by the age of 11. In 1977, at the age of 17, Basquiat took up graffiti, inscribing the landscape of downtown Manhattan with his signature "Samo." In 1980 he was included in the landmark group exhibition The Times Square Show; the following year, at the age of 21, Basquiat became the youngest artist ever to be invited to Documenta. By 1982, Basquiat had befriended Andy Warhol, later collaborating with him; Basquiat was much affected by Warhol's death in 1987. He died of a heroin overdose on August 22, 1988, at the age of 27.