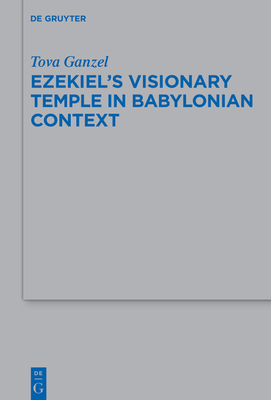 Ezekiel's Visionary Temple in Babylonian Context examines evidence from Babylonian sources to better understand Ezekiel's vision of the future temple as it appears in chapters 40-48. Tova Ganzel argues that Neo-Babylonian temples provide a meaningful backdrop against which many unique features of Ezekiel's vision can and should be interpreted. In pointing to the similarities between Neo-Babylonian temples and the description in the book of Ezekiel, Ganzel demonstrates how these temples served as a context for the prophet's visions and describes the extent to which these similarities provide a further basis for broader research of the connections between Babylonia and the Bible. Ultimately, she argues the extent to which the book of Ezekiel models its temple on those of the Babylonians. Thus, this book suggests a comprehensive picture of the book of Ezekiel's worldview and to contextualize its visionary temple by comparing its vision to the actual temples surrounding the Judeans in exile.