Creatures of the Night (Paperback) 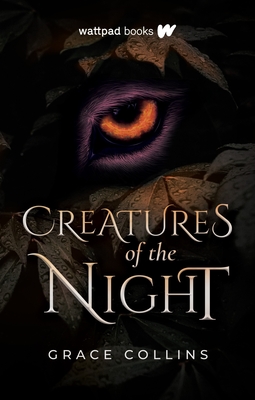 Night is coming, and so are they.

Milena’s twentieth birthday, the day she would join the ranks of her village’s hunters, should have been the most exciting day of her life. Being a hunter meant she would be able to help protect her village from the murderous wolves who take human form—the creatures of the night. But a chance encounter with Elias, the enigmatic leader of the creatures, leaves her questioning everything she has ever believed to be true.


Up until now, Elias has managed to protect the creatures of the night and keep the secrets of his past well hidden. Now, as tensions between the groups grow, Elias is forced to make hard decisions: ones that will cost lives. Nobody is safe, especially Milena, the person he is inexplicably drawn to even though it could destroy them both.


Equal parts suspense, mystery, and romance, Creatures of the Night captures the struggle between learning to trust your instincts and each other.

Grace Collins is an author from New Zealand who discovered her love for writing on Wattpad in 2013. As a lifelong storyteller, she crafts thrilling adventures with supernatural creatures. When she's not writing, Grace enjoys spending time in nature, travelling, and learning new languages.