The Imperative of Desire (Paperback) 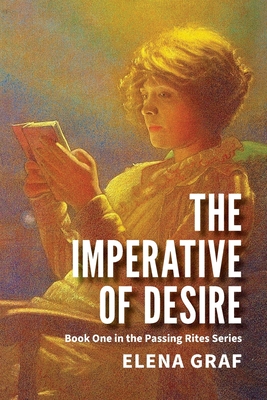 In the waning years of Queen Victoria's reign, a brilliant daughter is born to an aristocratic, military family in Prussia. A quirk of inheritance law allows Margarethe von Stahle to inherit her family's titles. Her elders collaborate to educate her to take on her future duties, which include administering her family estates and supporting an order of nuns.

Margarethe's curiosity and precocity delight and perplex her teachers as they try to mold her. Her father trains her with his military cadets. A retired opera singer teaches her how to sing. Her grandaunt, headmistress of the convent school, educates her in philosophy and classics. At an early age, Margarethe heads to Oxford to follow in her father's footsteps. Gifted with both musical and intellectual talents, she must choose between singing and service. Raised to take her duty and noblesse oblige seriously, she decides to study medicine and becomes one of the few female surgeons in 1920s Germany.

Because she needs heirs to her titles, Margarethe reluctantly marries, but that doesn't prevent her from finding solace in the arms of women. She trains under the best surgeons in Germany and England and rises to prominence as London's "Lady Doctor." Finally, duty requires her to return to her homeland and take the reins of the family fortunes.

The Imperative of Desire, the first volume in The Passing Rites Series, is a coming-of-age story that takes a young woman from La Belle poque, through a world war, a revolution that outlawed the German nobility, and the roaring twenties to the decadent demimonde of Weimar Berlin.

The Imperative of Desire, the first volume in The Passing Rites Series, takes Margarethe from La Belle poque, through a world war, a revolution that outlawed the German nobility, the roaring twenties, to the decadent demimonde of Weimar Berlin. This coming-of-age story spans one of the most tumultuous periods of history, a time that changed women's lives forever. (less)