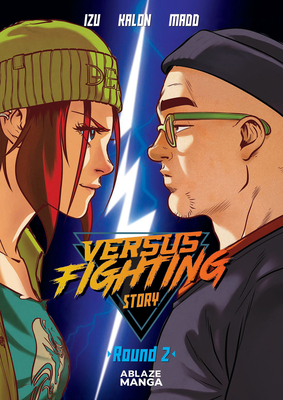 The world of Versus Fighting is facing an unprecedented struggle On the one hand, Esport magna Eric Volta wants to professionalize the sector with millions of dollars. On the other hand, Max Volta, his own nephew, was recruited by In's, a former player of the Versus Dojo arcade who fights to preserve the passion of the fighting game culture and its players. To help him, the legendary TKO the Destroyer will have to come out of his retirement to train his team... And in the middle of it all, there is a surprise guest: Mr. Judeau, a talented player of obscure games that no one else plays. Is the man who gets paid in kebab the Chosen One who will help all these people come together? Welcome to the crazy world of Versus Fighting Story Officially endorsed by Capcom and the fighting game community, featuring genuine Street Fighter characters, and produced in the vein of the best sports sh nen, discover the e-sport spirit, as you have never seen it before.