The Mayor of Leipzig (Hardcover) 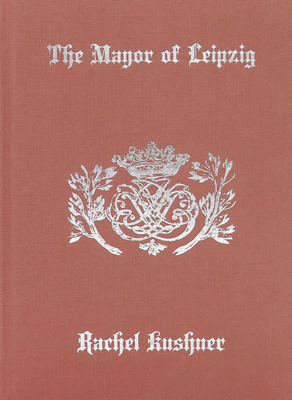 An acidic portrait of the grifters and pretenders of the art world, from the celebrated author of The Mars Room

In Rachel Kushner's latest work of fiction, The Mayor of Leipzig, an unnamed artist recounts her travels from New York City to Cologne--where she contemplates German guilt and art-world grifters, and Leipzig--where she encounters live "adult entertainment" in a business hotel. The narrator gossips about everyone, including the author. "Taking a time out from what happened to me in Cologne and in Leipzig," Kushner writes, "I want to let you in on a secret: I personally know the author of this story you're reading. Because she fancies herself an art world type, a hanger-on. Who would do that voluntarily? I mean, it's not like someone held a gun to my head and said, Be an artist. I chose it, but I still can't imagine having anything to do with the art world if you don't have to. Also, people who don't make stuff, who instead try to catalogue, periodize, and understand art, they never understand the first thing. Art is about taste, a sense of humor, and most writers lack both."

Rachel Kushner (born 1968) is the author of The Flamethrowers (2013) and The Mars Room (2018). Her debut novel, Telex from Cuba, was a finalist for the 2008 National Book Award and a New York Times bestseller and Notable Book. A collection of her early work, The Strange Case of Rachel K, was published by New Directions in 2015. Her fiction has appeared in the New Yorker, Harper's and the Paris Review.