Letters to 87: Fans Remember the Legacy of Dwight Clark (Hardcover) 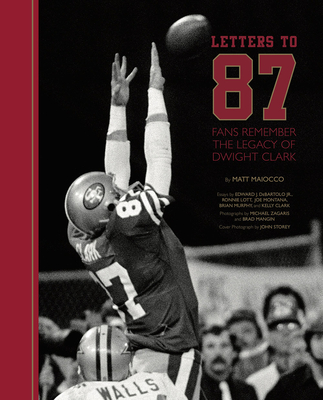 Football fans will always remember “The Catch” as the moment a dynasty was born. When Dwight Clark received the touchdown pass that sent the 49ers to their first Super Bowl in 1982, an indelible moment was etched into the history of the NFL. Later, as Clark battled ALS, he and sportswriter Matt Maiocco put out a call to fans, asking them to share their memories of this moment. The letters that Clark and Maiocco received tell the story of how the man who wore number 87 brought together a city and a franchise through his sincerity, his loyalty, and his spirit for life and the game.

All royalties will go the the Golden Heart Fund, a nonprofit arm of the 49ers that helps support former 49er players. Find out more at www.lettersto87.com.