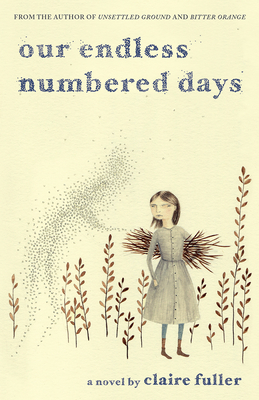 Claire Fuller's debut novel takes a unique twist on the apocalyptic novel. In it, eight-year-old Peggy Hillcoast is brought to the woods by her father, who tells her that the world has ended. Inspired by fairy tales, this coming of age story reveals a fractured world that is slowly pieced together by one of the most memorable characters you'll encounter this, or any, year.

“Peggy, a highly imaginative and clever eight-year-old, lives in London with her famous pianist mother and survivalist father. Something is a little strange about her parents' marriage, and Peggy observes the grownups in her life behaving in ways that often perplex and sometimes scare her. When her mother leaves to go on an extended tour, Peggy is left at home with her father who, without warning, changes the course of their lives irrevocably. This is a beautifully written novel that defies categorization, and the ending will knock your socks off!”
— Pam Cady, University Book Store, Seattle, WA

Peggy Hillcoat is eight years old when her survivalist father, James, takes her from their home in London to a remote hut in the woods and tells her that the rest of the world has been destroyed. Deep in the wilderness, Peggy and James make a life for themselves. They repair the hut, bathe in water from the river, hunt and gather food in the summers and almost starve in the harsh winters. They mark their days only by the sun and the seasons. When Peggy finds a pair of boots in the forest and begins a search for their owner, she unwittingly begins to unravel the series of events that brought her to the woods and, in doing so, discovers the strength she needs to go back to the home and mother she thought she’d lost. After Peggy's return to civilization, her mother learns the truth of her escape, of what happened to James on the last night out in the woods, and of the secret that Peggy has carried with her ever since.

Claire Fuller was born in Oxfordshire, England. She has written three novels: Our Endless Numbered Days, which won the Desmond Elliott Prize; Swimming Lessons; and Bitter Orange. She has an MA in Creative and Critical Writing from the University of Winchester and lives in Hampshire with her husband.