A Living Islamic City: Fez and Its Preservation (Paperback) 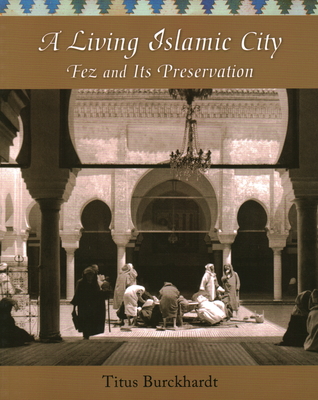 By Titus Burckhardt, Jean-Louis Michon (Editor), Joseph A. Fitzgerald (Editor)
$22.95
NOT on our shelves now. Usually ships from warehouse in several days.

Titus Burckhardt (1908-1984) was a leading member of the "Traditionalist" school of comparative religious thought and an expert on Islam, Islamic arts and crafts, and its spiritual dimension, Sufism. The great-nephew of the famous art-historian Jacob Burckhardt, he lived for many years in Fez, Morocco and was an integral part of the Moroccan government's successful preservation of the ancient medina of Fez as a UNESCO World Heritage Site in 1981. In 1999 the Moroccan government sponsored an international symposium in Marrakesh in honor of Burckhardt's distinguished work. His writings include Fez: City of Islam and Art of Islam. Jean-Louis Michon (1924-2013) was a "Traditionalist" writer, editor, translator, Arabist, and artistic consultant who specialized in Islam in North Africa, Islamic art, and Sufism. From 1972-1980 Michon was Chief Technical Adviser to a series of joint programs by UNESCO, the UN Development Program, and the Moroccan government aimed at the preservation of traditional arts and crafts. He is the author of Autobiography (Fahrasa) of a Moroccan Sufi and Introduction to Traditional Islam, Illustrated. Joseph A. Fitzgerald studied Comparative Religion at Indiana University, where he also earned a Doctor of Jurisprudence degree. He is an award-winning editor whose previous publications include The Essential Sri Anandamayi Ma and Spirit of the Indian Warrior. He lives in Bloomington, Indiana.