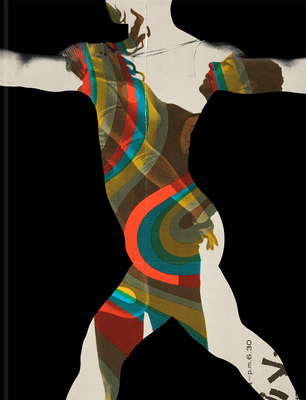 By Merce Cunningham (Artist), Fionn Meade (Editor), Joan Rothfuss (Editor)
$75.00
ON HAND in at least ONE of our stores. Click through or call for up-to-the-minute availability.

Renowned as both choreographer and dancer, Merce Cunningham (1919-2009) also revolutionized dance through his partnerships with the many artists who created costumes, lighting, films and videos, and d cor and sound for his choreographic works. Cunningham, together with partner John Cage, invited those artists to help him rethink what dance could mean, both on the stage and in site-responsive contexts. His notion that movement, sound and visual art could share a "common time" remains one of the most radical aesthetic models of the 20th century and yielded extraordinary works by dozens of artists and composers, including Charles Atlas, John Cage, Morris Graves, Jasper Johns, Rei Kawakubo, Robert Morris, Gordon Mumma, Bruce Nauman, Ernesto Neto, Pauline Oliveros, Nam June Paik, Robert Rauschenberg, Frank Stella, David Tudor, Stan VanDerBeek, Andy Warhol and La Monte Young, among many others. These collaborations bring to the fore Cunningham's direct impact upon postwar artistic practice.

This 456-page volume, published in conjunction with the Walker Art Center and MCA Chicago's exhibition, reconsiders the choreographer and his collaborators as an extraordinarily generative interdisciplinary network that preceded and predicted dramatic shifts in performance, including the development of site-specific dance, the use of technology as a choreographic tool and the radical separation of sound and movement in dance. It features ten new essays by curators and historians, as well as interviews with contemporary choreographers--Beth Gill, Maria Hassabi, Rashaun Mitchell and Silas Riener--who address Cunningham's continued influence. These are supplemented by rarely published archival photographs, reprints of texts by Cunningham, Cage and other key dancers, artists and scholars, several appendices and an extensive illustrated chronology placing Cunningham's activities and those of his collaborators in the context of the 20th century, particularly the expanded arts scene of the 1960s and 1970s. This book is an essential volume for anyone interested in contemporary art, music and dance.