Bright Before Us (Paperback) 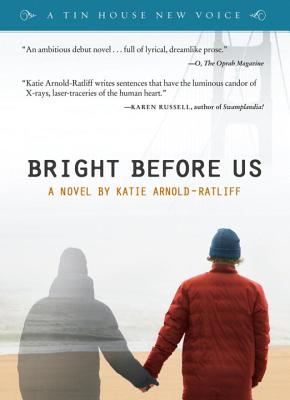 A haunting debut novel that explores the fraught journey toward adulthood, the nature of memory, and the startling limits to which we are driven by grief

Facing the prospect of fatherhood, disillusioned by his fledgling teaching career, and mourning the loss of a former relationship, Francis Mason is a prisoner of his past mistakes. When his second-grade class discovers a dead body during a field trip to a San Francisco beach, Francis spirals into unbearable grief and all-consuming paranoia. As his behavior grows increasingly erratic, and tensions arise with the school principal and the parents of his students, he faces the familiar urge to flee—a choice that forces him to confront the character weaknesses that have shattered his life again and again, and to accept the wrenching truth about the past he's never been able to move beyond. A haunting debut novel, Bright Before Us explores the fraught journey toward adulthood, the nature of memory, and the startling limits to which we are driven by grief.

Katie Arnold-Ratliff received her MFA from Sarah Lawrence College. She is on the editorial staff of O, the Oprah Magazine, where her writing appears regularly. She lives in New York.

Arnold-Ratliff has a knack for juxtaposing familiar imagery with startling description . . . Francis proves to be a formidable narrator, tough to crack and a morbid pleasure to observe.”
Publishers Weekly

"[Katie Arnold-Ratliff's] undeniably gorgeous prose and ability to launch troubled characters into impossible, tumultuous situations mark her as a writer to watch."
Booklist

"Bright Before Us (Tin House)an ambitious debut novel from O assistant editor Katie Arnold-Ratliffis a nihilistic road trip of a book, full of lyrical, dreamlike prose. It's also a story that reminds us that love, however deeply felt, is not necessarily pretty or kind."
O, The Oprah Magazine

With lilting description and deft handling of often-strange scenes, Arnold-Ratliff guides the reader over new, sometimes bloodied, ground on the ancient battlefield of love and marriage.”
ForeWord Reviews

An assured piece of work . . . There’s plenty to admire about Bright Before Us. The story shows us how the past has the power to erode the present, especially when love is concerned. The author patiently leads Francisand usthrough the heartbreaking, very human work of becoming an adult and letting someone go.”
The Rumpus

"A knockout writer, every page littered with sensation-rich imagery."
The Austin Chronicle

You’ll no doubt marvel at [Francis’] character and the author’s ability to capture his ambivalence and ennui.”Minneapolis Star Tribune

"Arnold-Ratliff's turned out one hell of a debut."
Portland Mercury

"An unmoored man who yearns for a woman he failed, while failing another (his wife), is still able to claim he just wants 'the lazy momentum of a married evening.' This duality is central to the author's creation of the disequilibrium she sustains throughout Bright Before Us. The chilly and unforgiving beauty of the San Francisco Bay Area is a perfect fit for this eerie, impeccably told story."
Amy Hempel, author of The Dog of the Marriage

"In Bright Before Us, Katie Arnold-Ratliff writes sentences that have the luminous candor of X-rays, laser-traceries of the human heart. Young Francis is a fascinating and exquisitely drawn character, and the urgency of his story left me breathless."
Karen Russell, author of St. Lucy's Home for Girls Raised by Wolves and Swamplandia!

"In Katie Arnold-Ratliff's relentless debut, the ragged ends of a relationship are set on fire with intense and inventive language, and thrown against a darkened sky."
Ed Park, author of Personal Days

"What a rare book! Bright Before Us is an unrequited love story, but it's also a meditation about the flash decisions we make, or fail to make, and the devastating way they undo us. A remarkable and compassionate debut."
Robin Romm, author of The Mercy Papers