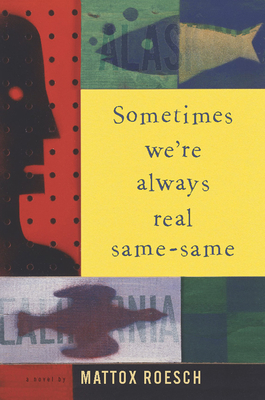 He's in the middle of nowhere, Alaska, because his Eskimo mother has moved home, and Cesar, a seventeen-year-old former gang banger, is convinced that he's just biding his time 'til he can get back to LA. His charmingly offbeat cousin, Go-boy, is equally convinced that Cesar will stay. And so they set a wager. If Cesar is still in Unalakleet in a year, he has to get a copy of Go-boy's Eskimo Jesus tattoo. Go-boy, who recently dropped out of college, believes wholeheartedly that he is part of a Good World conspiracy. At first Cesar considers Go-boy half crazy, but over time in this village, with his father absent and his brother in jail for murder, Cesar begins to see the beauty and hope Go-boy represents. The choice. This is a novel about a different Alaska than many of us have read about in the past, about a different kind of wilderness and survival. As Cesar (who later assumes his Eskimo name, Atausiq) becomes connected to the community and to Go-boy, the imprint he bears isn't Go-boy's tattoo but the indelible mark of Go-boy's heart and philosophy, a philosophy of hope that emphasizes our similarities to one another as well as a shared sense of community, regardless of place. As Go-boy says to Cesar, "Sometimes we're always real same-same.