Bushido: The Soul of Japan An Exposition of Japanese Thought (Paperback) 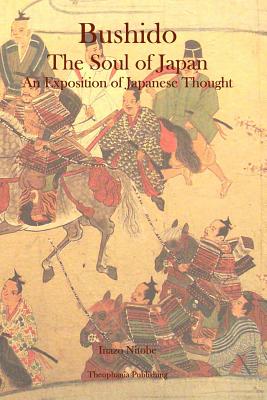 Thank you for checking out this book by Theophania Publishing. We appreciate your business and look forward to serving you soon. We have thousands of titles available, and we invite you to search for us by name, contact us via our website, or download our most recent catalogues. CHIVALRY is a flower no less indigenous to the soil of Japan than its emblem, the cherry blossom; nor is it a dried-up specimen of an antique virtue preserved in the herbarium of our history. It is still a living object of power and beauty among us; and if it assumes no tangible shape or form, it not the less scents the moral atmosphere, and makes us aware that we are still under its potent spell. The conditions of society which brought it forth and nourished it have long disappeared; but as those far-off stars which once were and are not, still continue to shed their rays upon us, so the light of chivalry, which was a child of feudalism, still illuminates our moral path, surviving its mother institution. It is a pleasure to me to reflect upon this subject in the language of Burke, who uttered the well-known touching eulogy over the neglected bier of its European prototype.